Hot News Call of Duty: Warzone will finally get a new anti-cheat system this year 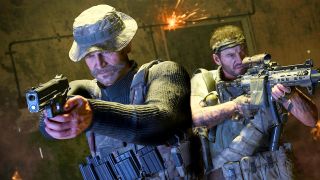 Call of Duty: Warzone, one of the most popular and hackable videogames around, will finally get a new anti-cheat system later this year. Activision announced the news during a press briefing officially unveiling Call of Duty: Vanguard. The incoming system will presumably replace Activision’s current internal anti-cheat solution for every current Call of Duty game.

Rumors suggesting Activision was working on a drastic update to Warzone anti-cheat methods have been swirling for months, but this is the first confirmation that the publisher is planning a new tool outside of its internal efforts. The new anti-cheat system will come later this year alongside a brand new Warzone map.

It’s unclear if Activision will partner with a third-party provider like Easy Anti-Cheat or BattleEye for Warzone, though given how long this has taken to happen, an internally-developed solution seems most likely.

The update can’t come soon enough—fueled by frequent cheating and disappointing seasonal content, enthusiasm around Warzone seems lower than at other points in the game’s healthy lifespan. One indicator, Twitch Tracker, shows an average of 77,000 Warzone viewers in August compared to 139,000 four months earlier, and fewer channels streaming the game over that recent span.

Activision has grappled with increasingly sophisticated cheating software by issuing ban waves of as many as 60,000 accounts at once, but determined cheaters have continued to compromise Warzone in new and surprising ways. In 2021, we’ve seen Warzone cheaters aimbot their way to victory, forcibly crash a streamer’s game, win without ever aiming at all, end matches instantly, and unlock every cosmetic in the game.

Hopefully Raven can wipe the slate clean and win back the confidence of players with this new anti-cheat solution.

Leave a reply "Hot News Call of Duty: Warzone will finally get a new anti-cheat system this year" Cancel reply