Hot News How modders are helping everyone play games 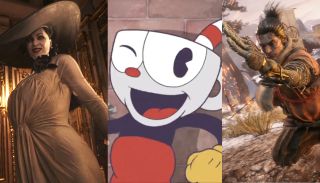 Amid the countless mods that thrust Thomas the Tank Engine into unrelated games or change a character’s appearance—I’ll never be able to unsee Resident Evil 2’s Mr. X in a thong—are crucial tools that mean the difference between enjoying a game and hardly being able to play it at all. Though more and more developers are considering the needs of disabled gamers, and accessibility more broadly, there are still plenty of instances where even studios with vast resources drop the ball. That’s where the modders come in.

While PCs can be complicated bits of kit, there are lots of accessibility benefits inherent in the platform. “PC is the golden standard for what right now can be considered accessible,” Steven Spohn tells me. Spohn is a major accessibility advocate and COO of AbleGamers, a charity that seeks to improve the lives of people with disabilities through gaming. He adds that it’s through the adaptations it can offer that it has an edge over consoles, and that includes its potential for modding.

For every game that dedicates a whole menu to accessibility options, there are a multitude that don’t even have the basics. One of the most common issues is text size, with far too many games expecting you to have a magnifying glass on hand before doing a spot of reading. It becomes even more of an issue if you try to play a PC game using a TV. Being able to change the UI or text scale is crucial, but the feature is often overlooked.

UI and text tweak mods are extremely common as a result, with modders picking up the slack. They’re often among the most popular mods, too, as they correct an issue that affects a broad set of players. Field of view mods are similarly common, as even some modern first-person games omit the option. This is further complicated by developers choosing to have a restrictive FOV for aesthetic reasons, or to maintain a claustrophobic atmosphere.

On Nexus Mods, one of the most prominent Resident Evil Village mods adjusts to the FOV. Lazy FoV And Vignette Fix gives players sliders to change these features in real-time, reducing the threat of motion sickness. Modder Mace ya face doesn’t mince words in the description: “Hello all! Capcom has done it again. Another first person Resident Evil game with a locked FoV and vignette coverage. One imagines they’ll trot out the same insane nonsense as last time about it being more spook when you’re getting motion sickness. So I wrote a tool to fix it.”

I wince whenever I see the word “lazy” used in regards to developers, but it is bewildering to see a big, expensive first-person game without this fairly basic feature. And the comments players have left show how essential it is. “First person games typically give me motion sickness after a short time playing, but somehow altering the FoV is preventing it,” writes one user. “I’m so happy this mod exists. I had problems paying RE7 sometimes due to motion sickness, and this will probably help a lot,” writes another.

Because issues with FOV and text size affect so many people, it’s a lot easier to find mods that fix these problems. Often these mods aren’t explicitly designed for disabled gamers, like Here’s What You’re Looking At (hwyla), a Minecraft mod that provides text descriptions for the game’s many very similar blocks, but they still open the game up to people who might otherwise have had no way to play. Mods created specifically with disabled gamers in mind aren’t as numerous, but there are still modders tinkering away to change this.

Screen reader mods are becoming more commonplace, for instance, like the punny Say the Spire and Text the Spire mods for, obviously, Slay the Spire. The latter was designed by Wensber to help their partner play, but also highlights an issue with relying on modders for these important additions. On Reddit, the modder explained that the “documentation is probably shit as only my girlfriend is using this and I just explained it all to her”. In this instance, users reported that the documentation was fine, but it’s a reminder of the extra steps involved in using mods, making them potentially tricky to use.

While a lot of mods focus on legibility, gamers have a lot of different accessibility needs. Developers aren’t necessarily being ableist when they create obstacles for disabled gamers; they simply might not recognise how certain features or limitations make it impossible for some people to even play the game.

“Mouse sensitivity and camera movement are extremely important to me personally, because I am somebody with SMA,” Spohn explains. “I can only move my mouse about a quarter of an inch across the table in a square. And I have to have my DPI up at 16,000, which is just such a high rate that most people couldn’t even control it on that speed. And in order to play video games, sometimes that’s not even enough, I need the game to have increased accessibility or increased speed.”

Games sometimes limit the DPI, however, which stops Spohn from being able to play. Guild Wars 2 is one example, so when ArenaNet asked how it could improve the MMO’s accessibility, Spohn recommended they change the DPI cap. Unfortunately, in this case, becoming informed didn’t inspire ArenaNet to act. It used “ambience” of all things to excuse the cap. This is why modders are so crucial. When the same issue cropped up in Final Fantasy 14, Spohn found a mod already existed that reduced the mouse sensitivity, which meant increasing it was also possible.

“So I sent them a message that said, ‘Hey, can you reverse this and make it faster?’ And they were like, ‘I don’t know why you’d want that, but yeah,’ and then I explained and they were like, ‘Oh yeah, cool.’ And within three hours, I had a little mod that sits outside of the game, and it just turns up the mouse sensitivity. That’s all it does. And that’s super cool, that a community exists where they can just help you like that for free, out of the goodness of their heart—and very quickly at that.”

Games that require a lot of precision, or punish mistakes, can also be impenetrable, but they don’t have to be. Inspired by Celeste’s official assist mode, Cuphead’s assist mode mod alters the difficulty of the notoriously tricky game by giving players more HP, increasing damage and doling out more coins. Sekiro The Easy does something similar to Sekiro: Shadows Die Twice.

Mods that make tough games more accessible are sometimes greeted with the same vitriol as requests for games like Sekiro to get difficulty modes. There are arguments about maintaining a developer’s artistic vision, or they’ll give examples of disabled gamers who were able to complete the game without assistance (which is unhelpful, given the wide range of disabilities that make gaming a challenge), and all of them just sound like gatekeeping.

The two things are often conflated, but disabled gamers aren’t necessarily asking for games to be easier, as Rachel discusses in her recent article on accessibility and difficulty. The issue is what makes them challenging, and the unintended obstacles that can arise from this. There is absolutely nothing wrong with a soulslike having difficulty modes, but that’s not the only solution. E-Kon’s Easy Mode and Accessibility Options, also for Sekiro, takes this into account. The mod is split into two parts, with an easy mode for people who simply don’t want to be battered over and over again, and then a separate set of accessibility options.