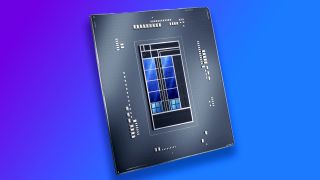 If you were wondering how Intel would manage to make the most of both small, power-efficient cores and big, high-performance cores in its upcoming Alder Lake chips, you weren’t alone. I wasn’t sure what Intel would think up to make hybrid computing make sense on the desktop, but at its recent Architecture Day 2021 Intel spilled the beans on its hopeful solution.

It’s called the Thread Director, and it’s something of a smart scheduler/hardware monitor/helping hand to help guide the operating system’s own scheduler.

Before I get to the Thread Director, it’s probably worth at least touching on the Alder Lake hybrid architecture as we know it today. Essentially, you’ve got big ‘Performance’ cores and little ‘Efficient’ cores in the same chip, which Intel believes will help drive increased single-threaded performance and lower latencies, while also improving multithreaded performance.

The Thread Director is a physical unit on the Alder Lake chip, and what it does to make this hybrid architecture function in a standard OS, such as Windows, is hand information over to the operating system so that it can make an informed decision on which tasks should go to which cores.

It is, after all, your OS that makes the most important decisions on managing your system resources on-the-fly. Yet, with Alder Lake, because of its unique architecture, Intel has even more of a vested interest in making sure it does this job exceptionally well.

The Thread Director can tell the OS that a certain task, say running a game, is more of a priority than the LED lighting software also running in the background. With that information, the OS will then know to load the game onto Alder Lake’s fast Performance cores, while the lighting software will be transferred to the low-power Efficient cores.

That example actually isn’t the best because your OS is already pretty good at telling whether an app is in the background, but what’s important is that the Thread Director is providing more hardware-based information and telemetry to help the OS better balance workloads.

Intel says the key to the Thread Director is in its context-adaptive approach—it is adaptive, dynamic, and constantly changing to better use up the Alder Lake CPU’s available silicon.

“There can be much more tuning, meaning what the CPU is doing is giving hints to the operating system, which thread will best utilise what core,” Ran Berenson, GM of Core and Client Development Group, says. “It is doing some profiling to the thread while the thread is running, and based on this profiling, suggests what is the best place to put the thread.”

One potential benefit of Alder Lake’s hybrid architecture is for gaming and streaming simultaneously without performance degradation. To do this right, though, the scheduler and Thread Director will need to be in their best shape and intelligently shifting workloads for top performance.

With up to eight Performance cores, eight efficient cores, and a total of 24 threads, it will also be important for Alder Lake to strike a good balance of core usage in the name of power efficiency, TDP, and even clock speeds. All specifications Intel says it will release in due time.

There is something of a catch at the moment, though. Intel has worked with Microsoft to ensure Windows 11 is optimised for Thread Director. That’s great if you’re using Windows 11, but not so great perhaps if you can’t upgrade. For most, simply buying an Alder Lake chip should net you the ability to upgrade to Windows 11 anyways, but perhaps some users dependent on legacy software or Linux may have to live without the key scheduler optimisations.

That shouldn’t be too much of a hassle for applications and workloads that don’t use up the maximum 24 threads on offer with Alder Lake’s desktop processors, but it probably will run better on Windows 11, Intel confirms. It also says that Alder Lake does run well on Linux, it’s just simply not using the full potential of a dynamic scheduler. Instead it uses a more static one.

Intel also says further optimisations can be pulled into other operating systems, it’s just a matter of that work being done ahead of time for Windows 11. Similarly, the scheduler improvements in general can, and likely will be optimised further as Intel shifts to hybrid chips. AMD is also expected to build hybrid chips in the future.

“Of course, further optimisations can be done. It’s the first time we’re doing this new architecture. So this will be the first step and lots more steps of hybrid optimisations are coming in the future,” Berenson says.