Hot News Tiny Tina&rsquo;s Wonderlands: Everything we know about the Borderlands Spinoff 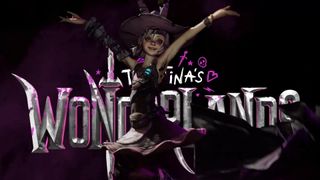 Tiny Tina’s Wonderlands is the latest looter-shooter from Gearbox Software, but it’s not Borderlands 4. A spinoff from the main Borderlands series, it’s a follow-up to the Borderlands 2 DLC Assault on Dragon Keep, with a bit more of a fantasy flavor than sci-fi. It is not to be confused with Tina Turner’s Thunderdome, or if you’re a Dickens fan, Tiny Tim’s Wonderful Christmas.

While Gearbox’s E3 presentation didn’t show the game in action, the studio has since revealed more about how Wonderlands will play. So grab your sword, don your helmet, and follow me to slay the Dragon of Ignorance and retrieve the +1 Trousers of Enlightenment.

Gearbox hasn’t revealed an exact release date, but the developer did say that the game should launch in early 2022. That’s pretty soon considering Borderlands 3 launched less than two years ago, although according to Gearbox CEO Randy Pitchford, the concept has been in development for 10 years.

Feast your eyes on the E3 announcement trailer for Tiny Tina’s Wonderlands. It appears to be an in-engine trailer, although it shows no actual gameplay. Presented in Borderlands’ trademark cel-shaded style, a dragon swoops across a rugged mountain range into a cave, where a man dressed in rags with a bandage across his eyes strikes a gun with a hammer in a forge.

That seems like terrible firearm maintenance, to be honest. The last thing you want is a flat barrel.

The dragon prepares to incinerate the man with its flaming breath, but the man turns at the last moment and blasts him with the weapon, which shoots an energy beam. The two are locked in a mighty struggle of wills, when suddenly a unicorn appears to save the day. The unicorn is of course Borderlands mascot Butt Stallion.

The specifics of Tiny Tina’s Wonderlands’ story are still under-wraps, but it’s clear what the gist of the story will be—and we know it immediately follows the beloved Borderlands 2 DLC Assault on Dragon Keep. In that expansion, Tiny Tina and the heroes of the first Borderlands game play a Tabletop RPG called “Bunkers and Badasses.” Controlling the characters of Borderlands 2, they go on a fantasy adventure, with Tiny Tina acting as Dungeon Master in her wildly unpredictable style.

In a trailer breakdown produced by IGN, Wonderlands’ creative Director Matt Cox explains the game “takes place shortly after Dragon Keep”, but that it’s “a brand new adventure in a brand new world in the mind of Tiny Tina.” So while it follows on from Dragon Keep, it sounds more like a standalone experience than a direct sequel.

Your own! In a first for the Borderlands series, Tiny Tina’s Wonderlands will let players create their own characters, rather than playing as a set of pre-established Vault Hunters. Cox states specifically these can be “multi-classed” heroes, which sounds like a standard tabletop affair, giving you the ability to use the skills and abilities of several character classes, although Wonderlands will probably adapt this to freely let you pick your skills, since it isn’t bothered with classes. He also states that the heroes will be customisable.

I can’t imagine what a Borderlands character looks like with all the sliders set to max. It’ll probably start leaking out of your screen.

Yep, and that’s not all. Tiny Tina’s Wonderlands has an impressive voice cast, including Brooklyn 99’s Andy Samberg, Bojack Horseman’s Will Arnett, Wanda Sykes, seen in shows like Black-ish and Curb Your Enthusiasm, and veteran voice actor Gabe Kunda, who does a lot of voice work for videogames and anime shows.

The IGN video also provides some idea of who these actors will be playing. Gabe Kunda voices the figure seen in the trailer, although it’s not specified who that is. Will Arnett will play the tyrant Dragon Lord, the game’s main villain. Andy Samberg plays a character called “Captain Ballantyne,” while Wanda Sykes assumes the role of “The rule-obsessed robot ‘Frett’” in the words of Matt Cox.

I hope they don’t try to shoehorn Claptrap in somehow. If I never see that gibbering sentient dustbin again, it’ll be too soon.

In the IGN video, Cox describes it as a “chaotic brand of fantasy.” So while there will be skeletons, dragons and whatnot, you’ll also encounter strange creatures such as sharks with legs, which you might have spotted in the trailer.

In Assault on Dragon Keep, this chaos is driven by the whims of Tiny Tina, who regularly alters the rules of the game based on her mood and impulses. At the start of Dragon Keep, for example, players arrive at a village harbour in the sun, the sky streaked with rainbows, only for Tina to quickly change her mind about the weather, making the whole sky roll over to reveal a dark and stormy night.