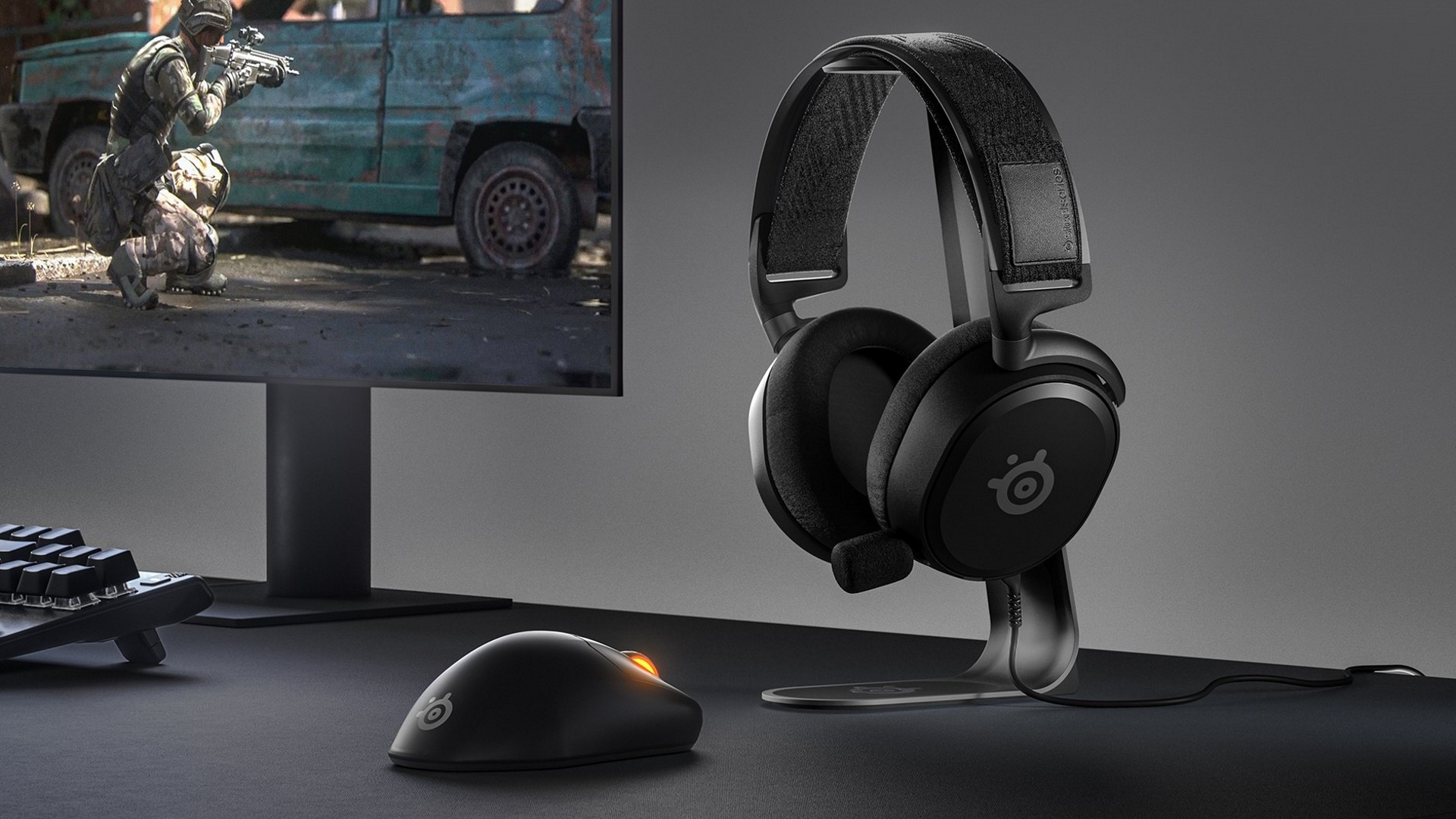 Steelseries makes some of the finest gaming headsets money can buy and the new esports-focused Arctis Prime’s are no exception to that rule. These are the best sounding Arctis headsets after the Arctis Pro, which is saying something considering the Prime’s cost only $99 compared to its $200 sibling. However, some small changes to the tried and true Arctis formula may give you pause before choosing these new cans.

The design follows the classic signature Arctis look with the tried-n-true ski-goggle suspension headband design, lightweight steel frame, large ear cushions, and retractable microphone. As the saying goes, if it ain’t broke, don’t fix it. I used the Arctis for two weeks—all day for work and then at night for gaming and I never felt any untoward pressure on my head.

However, despite the top head comfort, I can’t say the same for the ear comfort. There’s a little too much clamping force that’s noticeably stronger than on my Arctis 7X. This is by design to give you some great passive noise canceling—important when at an esports tournament, less so when you’re just sat at home. Unfortunately, the added pressure on the ears was immediately present and didn’t improve with the headband strap stretched to its limit.

Additionally, the Arctis Prime drops the fantastic Airweave fabric cushions for a new leather-like material. Where the latter was immediately comfortable on my ears thanks to their plushness and breathability, these new cushions are a bit… stuffy. In the Australian heat, my ears quickly felt grubby and sweaty trapped inside these ear muffs. I’m not sure if it’s the material that simply doesn’t agree with me, but I’ve never had issues with real leather headsets.

If you can get past these issues, the Arctis Prime is a fantastic sounding pair of cans. I’ve always complained about Steelseries audio drivers coming off anemic, favoring the highs for clarity over the mids and lows for punchiness. The Arctis Prime borrows the same Hi-Res drivers and tuning from the Arctis Pro and as such sound fuller, wider, and punchier while still maintaining exceptional clarity. They boast an impressive 10Hz–40KHz audio range and you can hear it.

I’ve been losing myself in the corporate-driven worlds of The Ascent and I was constantly fascinated by what I could hear. All the different ambient sounds such as steam bursting off the grills of street food vendors in the midst of multiple conversations while hover cars fly overhead. Or how visceral and boomy firing off my Riot shotgun and the resulting squelch of exploding body parts. My sidearm would produce that old-style western staccato inside darkened corridors.

Truly impressive how wide the soundstage is and how great the Arctis is at separating all the different layers. As you can imagine, this translates very well into music listening, a common Achilles heel of gaming headsets that overcompensate with Bass. Not here though. The Arctis continues to render music with the same attention to detail and boominess to get your head bopping.

Well, at least as far as the detachable 3.5mm cord will let you. It’s a proprietary cable though so you won’t be able to replace it with one of your own choice. It also comes with an extension cord/splitter for PC users who must use that in order to get audio from the retractable mic. The wire is a standard rubber affair that doesn’t transmit any annoying cable noise which could be distracting in game. As a casual home gamer, I’d have preferred wireless but I can’t deny the utility of being able to plug into any device and get great sound with no compatibility issues.

The Prime has volume controls built into the left ear cup but given how weirdly low it’s positioned, I kept turning down the volume just by tilting my head and brushing against my jacket or hoodie. Reaching to take off or put them on (hell, even while doing the occasional neck stretching rotations) often resulted in the same thing. Aside from the volume dial is a dedicated microphone mute button. It’s deliciously tactile so you can’t miss it. The microphone itself is the same Discord Certified ClearCast mic we’ve come to know and love and it does an excellent job with great clarity and fullness that sounded great in game chat and Zoom calls.

The Arctis Prime excels at what it’s supposed to do—professional game audio. I love how they sound across the board and I really look forward to playing games with them because of what I might hear. It’s unfortunate that they aren’t as comfortable as other Steelseries headsets I’ve used in the past. That clamping force and the move to leather-like cushions doesn’t work for me personally. This is a real shame, because as far as wired gaming headsets go, this just might be one of the best sounding sub $150 headsets money can buy.

If you’re in the market for a new headset, be sure to check out our best gaming headset guide.