Hot News eFootball: Everything we know 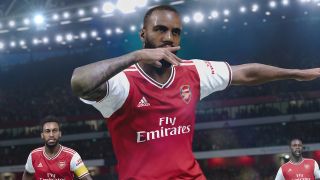 PES is dead. Long live eFootball! After 20 years of Pro Evolution Soccer in the West, Konami’s long-running football sim is undergoing a radical rebranding. No longer a full-price game, this year’s entry is adopting a free-to-play model. And that’s far from the only major soccer shakeup.

Ditching Konami’s previous engine, this is the first Konami football game to ever be built using Unreal Engine. With the terrifyingly consistent Lionel Messi as one of the game’s promotional frontmen, eFootball is aiming to play the sort of dazzling, mouth-watering football that’d make the Argentinian genius himself proud.

A recent six-minute teaser trailer from Konami lifts the lid on the roadmap ahead, with brief glimpses of a revamped career mode set to replace the existing Master League model, and promises of online tournaments and esports competitions in the near future.

Can these bold changes help Konami close the chasm in popularity between it and EA’s FIFA juggernaut? Only time—and a lot of scuffed up virtual shins—will tell. In the meantime, here’s everything we know about PES 2022… ahem, eFootball.

Konami has currently set a vague autumn launch window for eFootball. Looking back at when past PES games were released, I’d say there’s a fair chance Konami’s latest soccer sensation will launch mid-September. With the FIFA 22 release date on October 1, and PES games traditionally launching a couple of weeks before its historic rival, I’d be surprised if eFootball didn’t hit digital storefronts before the latest entry in EA’s megaton footy series.

The reveal trailer for eFootball is surprisingly meaty. Though there’s plenty of padding—square away a few minutes in your day to watch the mo-cap work provided by former Barcelona midfielder maestro Andrés Iniestra—Konami also provides a good deal of in-game footage. With the move to Unreal Engine 4, eFootball now has a more complex animation system than was possible with previous PES games.

It’s now free to play
eFootball is a digital-only, free-to-play game, coming to PC, next-gen, and last-gen consoles this autumn. Konami has promised all versions of eFootball will support crossplay by this winter. The publisher has stated the game will receive free, yearly updates going forward.

It uses Unreal Engine 4
After years of PES games using Konami’s proprietary FOX Engine, the publisher has decided to build its latest game of footy using a custom-built version of Unreal 4.

The launch game is limited to exhibition matches
eFootball will launch with exhibition matches, with an initial nine clubs available to choose from. Other modes, including online leagues and eSports tournaments, will be released as optional, paid DLC.

Master League is seemingly gone
It looks like the series’ longtime career mode is going to be jettisoned for an as-yet-unnamed “Team Building Mode”, according to eFootball’s official roadmap. This new mode could tie into a “Match Pass System”, which appears to be a take on FIFA Ultimate Team’s hugely popular DLC cards, if a brief peek at the roadmap is to be believed.

Although it didn’t come to PC, an eFootball demo dropped on PS4, PS5, Xbox One, and Xbox Series X/S in late June. The limited-time demo gave PES fans a brief glimpse at what could prove to be some significant on-field changes.

Featuring four clubs—Man Utd, Barcelona, Juventus, and Bayern Munich— the “New Football Game Online Performance Test”, to give it its proper, sexy, name, this teaser points to a game that will play noticeably slower than PES 2021. In general, PES games have been getting more and more methodical in the last few years, a movement that’s in direct contrast to FIFA’s nippy, ping-pong take on the beautiful game.

The drop in pace and focus on slower build-up play suggests Konami could be shooting for a more sim-like approach, as EA’s soccer series continues to put up games that, though superbly produced, don’t really feel like real football in action.