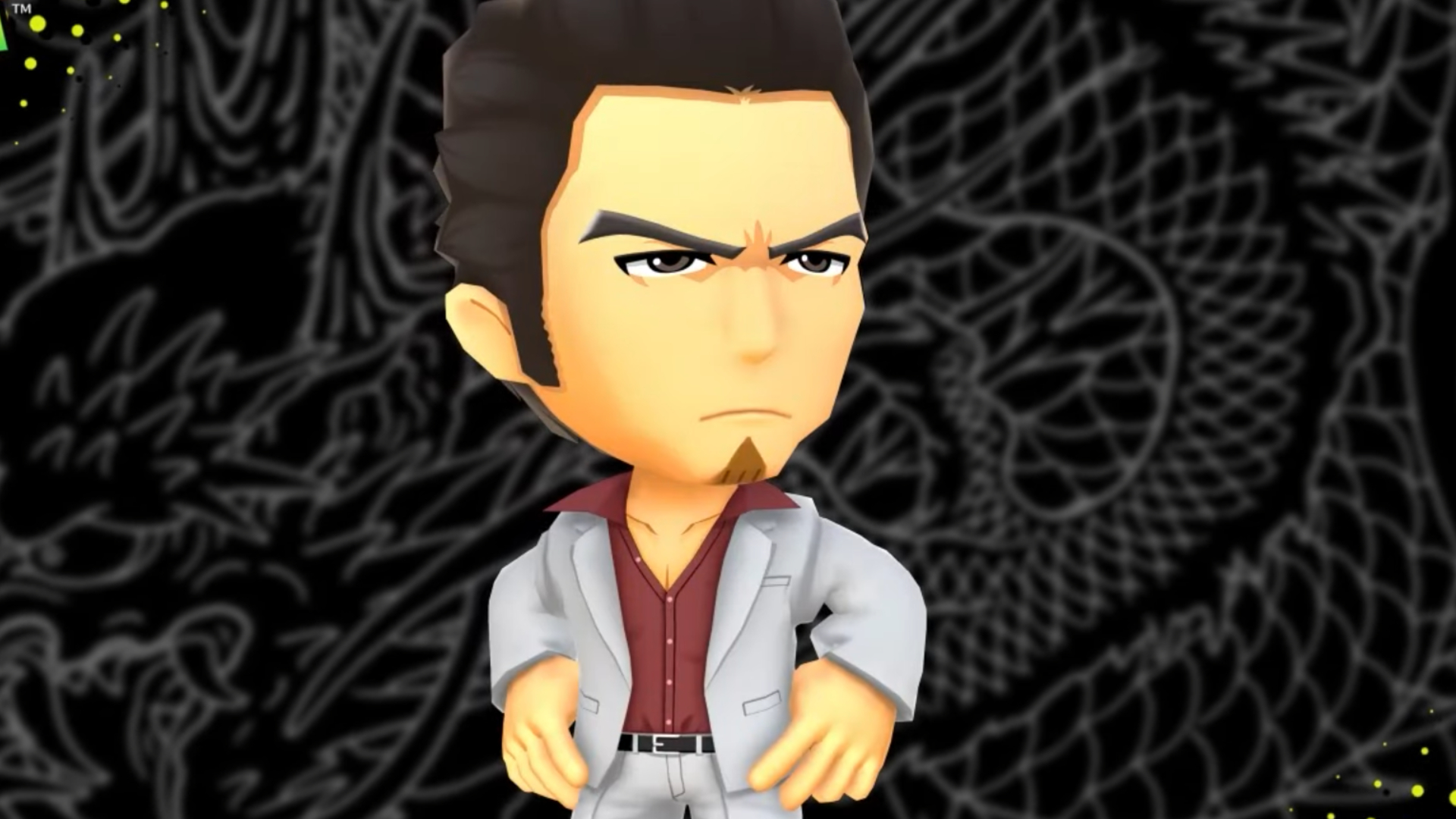 In a sentence that I did not expect to be writing today, Yakuza protagonist and karaoke extraordinaire Kazuma Kiryu will be a playable character in Super Monkey Ball Banana Mania.

The bizarre pairing does make sense, with both Yakuza and Super Monkey Ball being created by Toshihiro Nagoshi. But part of me still can’t get over how bloody odd the two things look mashed together. Kiryu’s been appropriately squished down into chibi form for his appearance, still rocking his trademark brow furrow. The courses have him picking up tons of Staminan X bottles instead of bananas and the usual Super Monkey Ball music will be replaced with Yakuza’s banging tunes.

Kiryu’s joining an already pretty stacked roster of guest characters. Sonic and Tails were previously announced to be playable characters, along with Beat from Jet Set Radio. Better yet, they’ll all be free and unlockable through normal gameplay.

Super Monkey Ball Banana Mania is set to release on Steam on October 5.