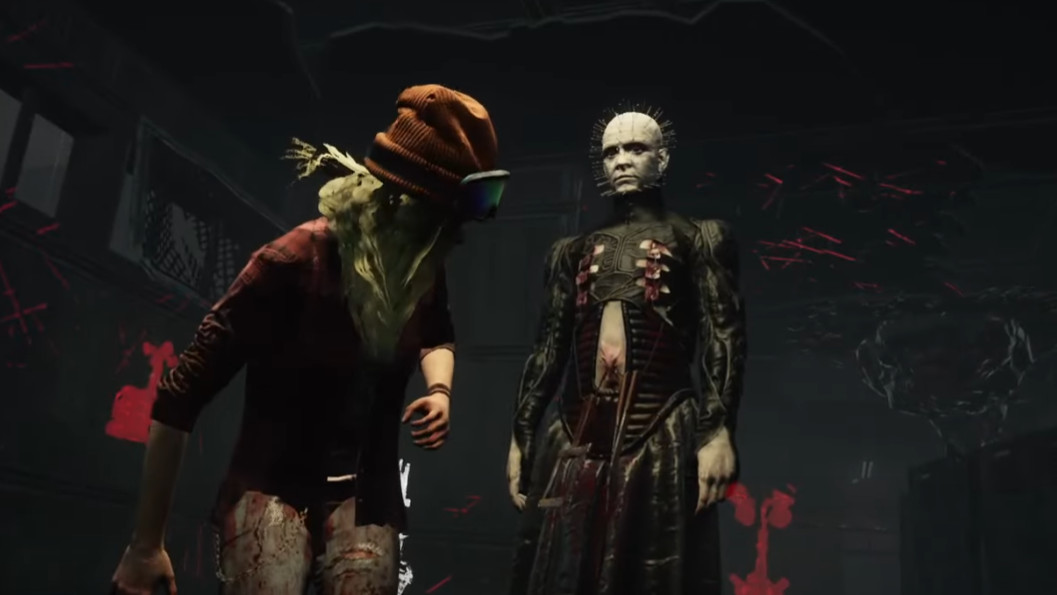 Following a series of cryptic hints, walking DIY disaster Pinhead from the Hellraiser movies has arrived in Dead by Daylight by way of the asymmetrical multiplayer slasher’s player test build.

Pinhead comes to DBD as The Cenobite as a part of yesterday’s 5.2.0 PTB update. His abilities largely involve summoning chains to slow down survivors, pinning them down until he can come in for the kill. But having Pinhead on the map will also spawn a Lament Configuration—Hellraiser’s damned puzzlebox that, when left alone, will itself summon chains to hunt down survivors.

Naturally, you’ll want to pick it up to stop this from happening. But while you’re holding and trying to solve the thing, they’ll be assailed by chains, and Pinhead will be able to teleport to your location at will. Fittingly, The Cenobite’s mori animation is an absolutely barrage of chains, pulling survivors apart before dragging them to another dimension.

Despite starting with original creations, Dead by Daylight has added plenty of licensed killers (and a few survivors) to its roster over the years. But this week we saw that licensed agreements can also have a horrible end, with Stranger Things characters set to leave the game in November over (we can only assume) an expired agreement.

The PTB is also testing changes to DBD’s Resident Evil crossover, buffing Nemesis to make him a bit more viable in high-level play. These changes will arrive alongside The Cenobite and a slew of bug fixes sometime next month.