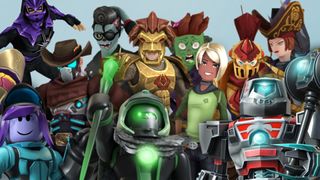 As a sprawling hub of player-created worlds and games, it’s not unusual that Roblox has the occasional issue with questionable content. But according to Anti-Defamation League researcher Daniel Kelley, mass shootings have become a particular issue for a platform aimed largely at children.

Speaking to The Verge, Kelley says he searched on multiple occasions and on each one found recreations of horrific terror attacks—the example used was the 2019 mosque shooting in Christchurch, New Zealand. Checking in three times over the past year, Kelley notes that new recreations keep worming their way onto the platform.

“I swear to God, I would like one time to search for “Christchurch” on Roblox and not find a new recreation of the 2019 Christchurch mosque shooting on a game platform aimed at very young children,” Kelley wrote on Twitter.

Part of the problem, Roblox told The Verge, is that a catch-all filter for Christchurch would unfairly block legitimate references to New Zealand’s largest city. The developer uses “proactive detection” with human review to catch offending content, but it hasn’t stopped the occasional creation from slipping through the cracks.

Roblox is massive, with last year’s move to go public valuing it alongside industry giants like EA and Ubisoft. But that reach skews heavily towards young children, that IPO filing noting that over half of under-16s in the US have played Roblox. It’s an audience Kelley worries is at high risk of radicalisation through these kinds of mass shooting recreations.

In a statement, Roblox wrote that it has promptly removed each experience (no longer called games) brought to its attention, writing: “We do not tolerate racism, discriminatory speech, or content related to tragic events. We have a stringent safety and monitoring system that is continuously active and that we rigorously and proactively enforce.”