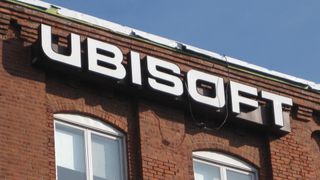 Skull & Bones developer Ubisoft Singapore is currently under investigation by a watchdog group over alleged sexual harassment, workplace discrimination and other unfair practices.

The Straits Times reported that the Tripartite Alliance for Fair and Progressive Employment Practices in Singapore has launched an inquiry following a damning report from Kotaku surrounding the studio’s toxic work culture. The report saw former employees calling it “one of the worst Ubisoft studios in terms of culture” with an exclusionary “French ceiling” that made it difficult for native workers to climb the ladder.

Ubisoft claimed in Kotaku’s report that “40% of expert and senior expert roles are Singaporean or permanent residents,” despite former employees complaining that French was a regularly used language on the studio floor.

TAFEP will investigate whether Ubisoft Singapore has breached the government’s Fair Consideration Framework, which covers workplace discrimination around things like age, gender, race, religion and language. If found guilty, the studio may not be able to apply for new work passes or renew existing ones for its foreign staff, for between 12 and 24 months.

The watchdog is also looking into the claims of sexual harassment, with a litigation lawyer telling The Straits Times that any criminal offences discovered will be escalated to a police investigation.

Ubisoft Singapore managing director Darryl Long said that the studio doesn’t tolerate harassment or discrimination, adding that Ubi has hired a third party to help look into complaints and has “taken concrete action to formalise how misconduct is dealt with.”

A multitude of Ubisoft employees across 32 different studios signed an open letter last month in solidarity with Activision Blizzard’s staff, following gross misconduct and sexual harassment claims at both publishers. Ubisoft CEO Yves Guillemot responded by saying “important progress” had been made at his studio, but employees did not agree.