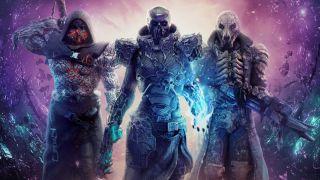 Outriders developer People Can Fly says it hasn’t seen any royalties from Square Enix yet, and doesn’t even know how many copies of the game were sold.

The developer was due to receive royalties for the game’s first quarter 45 days after its release, on August 16. In an investor note that went out on Tuesday, People Can Fly says they’ve still not been paid, suggesting that the game “did not break even” for Square Enix (thanks, EurogamerPL).

“We don’t have any sales figures for Outriders,” executive Sebastian Wojciechowski said as per a machine translation. “We estimate it at between two and three million units and assumed that this was a result that would ensure profitability for this project… the lack of payment by the publisher probably means that, according to Square Enix, it is not so.”

Wojciechowski theorised that the cause may be related to the way Square Enix handles its sales policy, or things like Outriders’ day one release on Xbox Game Pass impacting sales. The general consensus, however, seems to be that People Can Fly is relatively in the dark about just how successful its game has been.

“Working with the publisher has many advantages, but also its disadvantages,” Wojciechowski continued. “One of them is the low impact of People Can Fly on sales activities and the incompleteness or—as in this case—the lack of data obtained from the publisher in this regard.”  The executive concluded by saying that being largely left out of the loop on Outriders’ sales is “one of the reasons” for the studio looking to self-publish future games.

This isn’t to say that People Can Fly may not receive royalties in the future. Wojciechowski says the developer is hoping to receive its first set of royalties this year “despite this disappointing information.”

While Square Enix has been keeping overall sales numbers hush-hush, the publisher did reveal that Outriders had 3.5 million unique players when it was released in April. Morgan gave it a score of 63 when he reviewed it, calling it an “inconsistent looter shooter” that didn’t quite manage to find its feet.

I’ve asked Square Enix for comment and will update with any response.