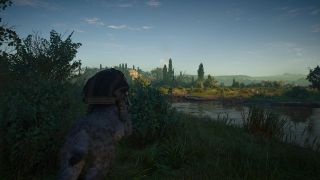 When it comes to Assassin’s Creed Valhalla: The Siege of Paris choices, this one’s the biggest. We’ve faced many difficult choices to make about who to install as leaders across England already, wbut in the Siege of Paris, Eivor must make some key decisions as you face the armies of Charles the Fat, but this time, the outcomes aren’t as clear cut.

If you’re just getting started with The Siege of Paris, you can check out my impressions. Otherwise, consider this your one and only spoiler warning.

Ready? Ok, let’s take a look at some of the big decisions you’ll be making, as well as whether you should kill or spare Charles in Assassin’s Creed Valhalla.

There are three main story decisions to make to get what I’d call the ‘best”‘ ending, but it’s worth noting that the outcome is left intentionally ambiguous. My assumption is that your choice will become relevant in later updates, but that remains to be seen. The majority of the decisions Eivor must make are superficial at best and don’t have any real impact on the story, so don’t worry about it until you reach the siege mission.

After fighting with Count Odo, Charles the Fat will ask you to return Bernard to him. Whatever you choose here is irrelevant, but it highlights one of the possible endings: Charles and his son will be reunited against Richardis’ wishes. You’ll then return to Melun where you’ll join in a celebration with Sigfred, who storms off after an argument.

This is when you’ll encounter the first decision that will impact the story. Sigfred will challenge you to a holmgang, which presents you with two options: persevere in trying to talk him down, or fight him to the death. Ultimately, you’ll be forced to kill him in a fight should you choose to, or you can persuade him to leave. By making him see reason, Sigfred hands the clan over to Toka and departs for pastures new, which opens up a more diplomatic route for Eivor.

Odo will then send a message to Eivor that Richardis has been captured by Charles and that he must speak with her urgently. The second major choice occurs here, as he asks you to kill Charles in order for him to assume the throne. You can decide to commit to or brush him off, but regardless of what you say, it isn’t set in stone. Richardis will later ask you not to kill him, begging for mercy for her husband. She asks you to spare him so that she might take him to a remote location for treatment while preparing Bernard for the throne. Again, regardless of what you say to her, the choice isn’t exactly locked, but your options are now clear: you must back either Odo or Bernard as the new ruler of Francia.

After speaking with Richardis, head inside the palace and find the two keys using Odin’s Sight. Make sure you loot any rations or arrows you find and make use of unused skill points before heading in. Regardless of who you’ve sided with until this point, you’ll still need to fight Charles. There are large braziers around the room that you’ll need to keep lit because you’re literally going to throw him in the fire.

To kill him, keep hitting him until the stun attack prompt appears which will push him towards the braziers. Keep doing this until he falls in the fire, as this will deal the most damage. You can also use flaming arrows or fire-based abilities to inflict more damage on him until the fight is over.

If you want to save Charles, head to the sealed doorway and look for a level beneath a light on the left of the door. Interact with it to open the shrine door, which you’ll need to force Charles into.  To do that, you’ll need to burn Charles twice in a brazier before pushing him towards the shrine room and interacting with the level to trap him inside.

At the end of the fight, Richardis will enter the room, regardless. If you’ve killed Charles, she’ll feel betrayed by you, even though Charles just tried to have her killed. If you spared him, she’ll thank you and promise to prepare Bernard accordingly while also protecting Charles.

Odo will declare an alliance of sorts between Toka’s clan and Paris, as he does with Ravensthorpe, though it’s unclear whether he can be trusted. Either way, Toka gives you a bracelet of friendship and Randvi is pleased you’ve forged an alliance and kept Frankish forces at bay.