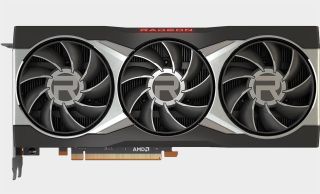 This is something the Radeon RX 6000 series as a whole has struggled with since launch, according to ComputerBase, which tested power consumption levels with the 21.8.1 driver release. What the site found is that the new driver package brings power consumption generally in line with Nvidia’s GeForce RTX 30 series.

The caveat is that “the improvements are only available in certain load situations.” Most notably, the site observed big drops in power consumption while watching YouTube videos in 4K resolution at 60 frames per second.

AMD’s Radeon RX 6700 XT appears to have benefited the most. Whereas the site’s testing showed it consuming 30W with the launch driver installed, the latest driver knocks it down to 18W. That’s just 2W higher than the just-launched 6600 XT.

According to ComputerBase, the reason for the big dip in power consumption is because with older drivers in play, the memory clocks on AMD’s newest Radeon cards run full bore. Apparently the latest driver release is better at intelligently managing memory clocks.

There is still room for improvement, though. For example, when watching videos at the same resolution but in HDR, there is no reduction in power consumption. It’s actually a touch worse where comparisons are available, albeit just 1W across the board.

AMD’s new 6600 XT starts off in a good place at 31W. The 6700 XT, however, goes from 42W to 43W with the new driver, while the rest of lineup hovers around 61-63W. Memory clocks run at max speed when HDR comes into play, hence why the efficiency gains go out the window.

In any event, if you watch a lot of YouTube videos (especially in 4K) and own an RDNA 2 card, it’s worth installing the latest driver. It also fixes a crashing issue in The Medium that can occur while running FrameView. Otherwise, it’s a rather sparse driver package with nothing else of note.