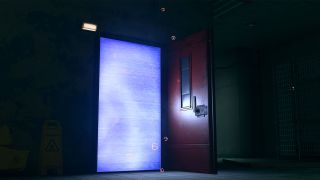 Want to know more about the Warzone red doors? With Warzone Season 4 kicking off, there’s plenty to look forward to. But aside from the usual fare of new weapons, operators, modes, and maps, the addition of some strange new doors are something of an enigma.

The red doors were first spotted in the cutscene that ushered in the current and main Warzone map, Verdansk ’84, back at the beginning of Season 3 when they were used to send players back in time. So naturally, we’re all wondering what they do so here’s everything we know about the Warzone red door locations so you can unravel the mystery for yourself.

The red doors appear to be mysterious transportation devices that, once entered, will teleport you to a random location in Verdansk. It’s uncertain whether other players can follow you through these doors—and end up in the same location—or whether the destination is unique to the player, rather than the door.

Nevertheless, they seem to appear in random locations on the map. Whether there are a set number of places that they spawn is unclear but it’s something I’ll keep an eye on and update this guide if that’s the case.

If you’re keen to find a red door, stay alert for the telltale sound they make—it’s a kind of low static-like sound. Listen carefully as the red doors look relatively normal when closed. The short video below, from Redditor TheSystolicGem will give you a good idea of what to look out for. Once you’ve located one, interact with the door to open it and step through.

The doors I’ve found so far have taken me to a loot-filled room, so this is well worth trying, but time will tell when it comes to the full potential of these otherworldly portals.