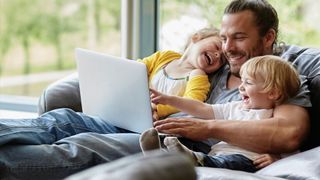 Norton and Avast, two of the biggest players in the antivirus software market, have agreed on a merger (via Sweclockers) that will see the CEO and the current Director of Avast take up positions on the board of NortonLifeLock. Norton, which is officially known as NortonLifeLock after an acquisition in 2019, is based in the US, while Avast operates out of the Czech Republic. The plan is to keep those two bases of operations going.

It’s fair to say that the days of absolutely needing a separate antivirus program are behind us for plenty of users. One of the main reasons for this is thanks to the Virus & threat protection that has been part and parcel of Windows for the last few iterations.

Sure, some of you out there may be insisting that it isn’t good enough, but for the vast majority of Windows users, it absolutely is. Especially when backed up with a healthy sense of suspicion when it comes to the darker corners of the web.

This shift has forced antivirus companies to branch out into new areas, with Avast and Norton both pursuing slightly different avenues. Indeed in the press release that accompanies the announcement, Norton deems itself a ‘global leader in consumer Cyber Safety,’ while Avast is a ‘global leader in digital security and privacy.’ Glad we’ve cleared that up, then. There’s plenty of ‘compelling’ reasons and ‘leveraging’ of brands in the press release too, as you’d expect.

The key benefits, according to the press release, are:

Either way, it’s fair to say that the needs of users when it comes to cybersecurity are changing, and on paper at least, this merger does make sense. It isn’t clear how long the two product lines will continue under current branding, but we’d expect that to merge in the future. Avast is well respected for its free offering, so it could be that its branding continues on the level.

Neither Norton nor Avast feature in our current best Antivirus for PC gaming recommendations. Maybe this merger is all about both companies trying to get on the list?