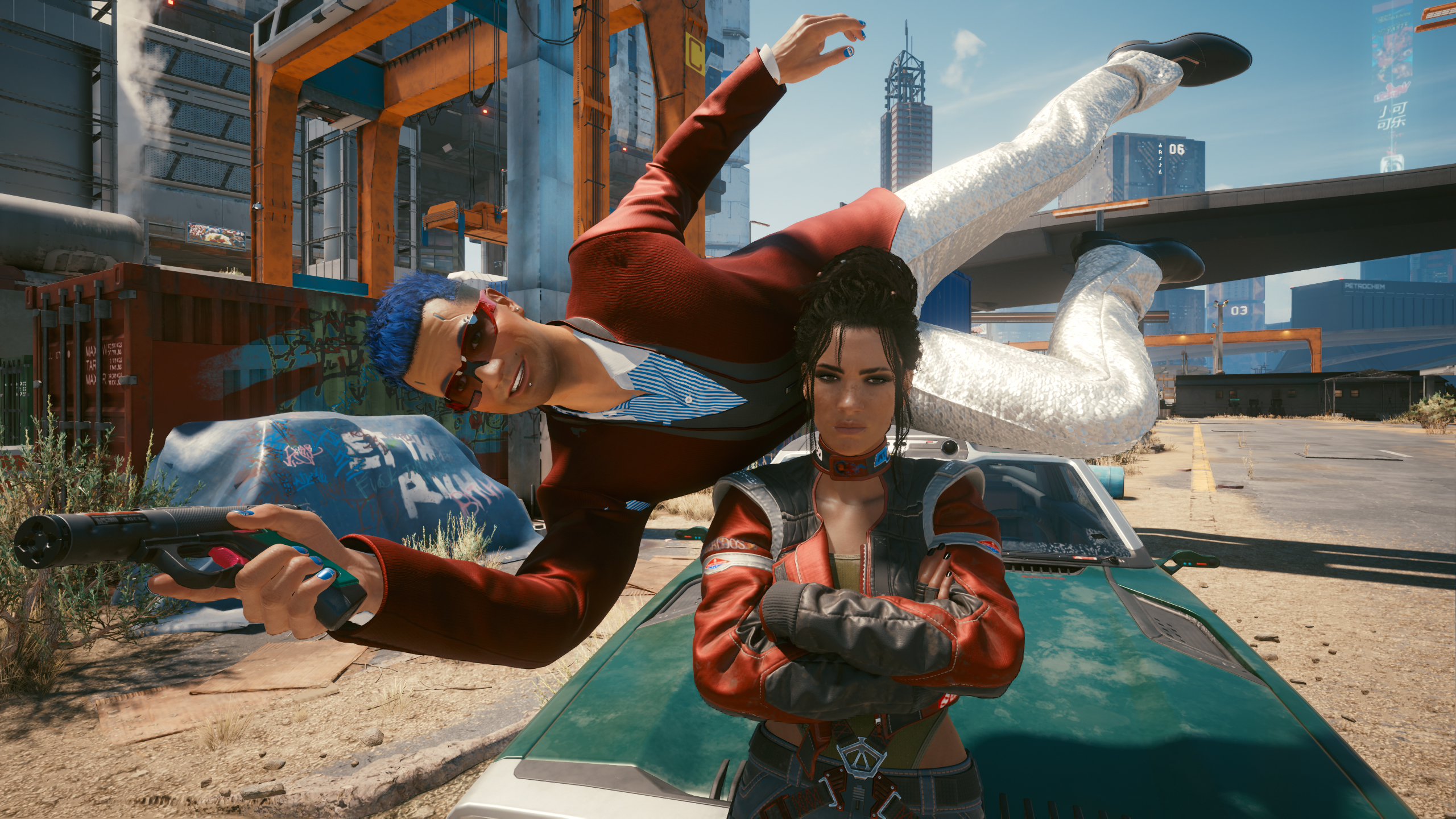 CDPR has a new post about some of the changes coming in Cyberpunk 2077’s upcoming patch 1.3, but only some: apparently a full list of changes is “coming soon.” Staggering the patch notes: how did it ever come to this.

The changes incoming are, at least, fairly significant improvements. The most consequential for moment-to-moment play is an overhaul of the minimap, something that modders managed within a few weeks and a common complaint among players since launch.

This navigation update is ‘detailed’ only through Cyberpunk 2077’s now-tiresome trope of in-universe reporters who always appear to get chased off when they might god forbid discover something. The video above shows the new minimap in action, while the only real CDPR comment came from a programmer called Andrzej: “With the new minimap system software update you are able to see more and navigate better. Drive fast, drive safe.”

The patch will also bring an overhaul to the Clouds portion of the game, a nightclub ‘dollhouse’ where players make decisions that are basically badly explained.

CDPR UI programmer Natalia writes: “It was one of my first tasks when I moved to this project and I was digging into code for a long time because I wanted to understand our UI videos system, and at the end I realised that the problem is in video setup. Value for video time was shorter than the video sequence. This way, players will better understand the decision they are making in this story sequence.”

The final change announced (for now) is that it’ll now be much easier for players to reset perks: this was possible using Tabula e-Rasa cards, but at an exorbitant cost. Step forward gameplay designer Katarina (do any of these people have surnames): “For our players, this feature will mean safer experimentation with builds. It is easily accessible and affordable for everyone, so there is no need to hesitate while investing in particular perks.”

There’s no release date for patch 1.3, but 1.2 was teased on 19th March and released on the 29th, so it’s probably fairly close.