Hot News Dying Light 2: Everything we know about the next zombie parkour game 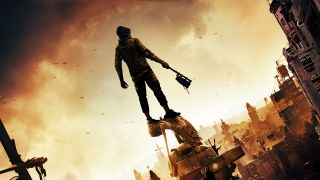 Dying Light 2, which we got a taste of at E3 2019, looks even better than the original. And the original was pretty great—Techland’s first zombie parkour game left a lasting impression, and received decent post-release support. In 2016, it got The Following DLC, which let you roam an expansive countryside while smooshing the undead beneath an armored buggy, and a battle royale-esque spin-off later on. That’s why it’s so refreshing to see Techland tackling a proper sequel.

Dying Light 2 was originally announced at E3 2018 with a snazzy trailer, but details since 2019 were sparse for a long time. It was delayed in January 2020, near the beginning of the Covid-19 pandemic. At last, we finally have a release date for Dying Light 2 and Techland is indeed kicking it out the door before the end of 2021.

A recent report published by TheGamer doesn’t paint a rosy picture of the company culture at Techland. Employees complained about the “autocratic” management style of CEO Pawel Marchewka, over-reliance on external consultants who lack experience in the games industry, conflict at the production level, a high rate of staff turnover, and micromanagement, all of which has collectively had the effect of stripping the game of a “coherent vision.”

Here’s everything we know right now.

Dying Light 2 launches on December 7, 2021, Techland announced during a gameplay reveal in May.

At the Microsoft E3 2019 conference, Dying Light 2 originally had a spring 2020 release window. In January 2020, Techland announced that the sequel had been delayed. They didn’t initially mention a new release window until March 2021, saying that the game would release before the end of the year.

In May 2021, Techland showed off a new seven minute gameplay trailer. This one is an overview of Dying Light 2’s story, factions, and nighttime.

The long demo shown behind closed doors at E3 2019 was worth the wait. The demo is an impressive showcase of Dying Light 2’s ambitious expanded parkour systems, combat, and choice-driven story. We also see new traversal gadgets, like pulleys that zip Aiden to a rooftop, a swinging hook, and a glider.

Dying Light 2’s premier trailer from 2018 gave us a snapshot of what to expect from the game’s branching storyline, where entire parts of the city will change based on your choices. Check it out above.

The original game’s awesome day and night cycle mechanic is back. During the May gameplay reveal, Techland finally gave us a look at what Dying Light 2’s nighttime will look like. Infected will roam the streets at night, forcing you to make for the rooftops.

While the infected are out on the streets, their Dark Zone nests will be emptier at night. It’s worth making a trip there, you’ll just have to survive long enough to break into one. You’re welcome to pilfer the place for extra special loot, but make a noisy misstep and you’ll be fleeing faster than your parent’s house party.

The superpowered volatiles are returning, too. As always, they’ll chase you in a dead sprint, forcing you to get crafty with your UV flashlight and some environmental tools.

Techland says it has “doubled” the parkour options this time around. In the demo, you can see this with Aiden’s wallrunning, but there are also more subtle moves. Aiden can seemingly vault through the tops of doorways, slide under tables, and use a loose pipe as a pole vault.

But what good is all the player-driven choice in the world if you don’t have somewhere badass to hop around? Dying Light 2 switches out its predecessor’s grimy favela for the aforementioned ‘modern dark ages’ European city, four times larger than the original’s map. It looks closer in style to the tighter Old Town portion of the original Dying Light than the wider slums, but with everything cranked to 11. There’s a whole mess of banners marking faction territories, windmills covered in solar panels groan with years of disrepair, and some crumbling clock towers. Some soldiers like the Peacekeepers wear armor that looks like the Knights of the Round Table meet Mad Max. Despite the increased population in this city (compared to Harran), nature has still reclaimed portions of the buildings and streets.

Oddly enough, there’s even a structure that looks suspiciously like the Arc de Triomphe, but it’s got what looks like a black market operating around it serviced by elevators made from the shells of school buses.

Leave a reply "Hot News Dying Light 2: Everything we know about the next zombie parkour game" Cancel reply

Related Post "Hot News Dying Light 2: Everything we know about the next zombie parkour game"