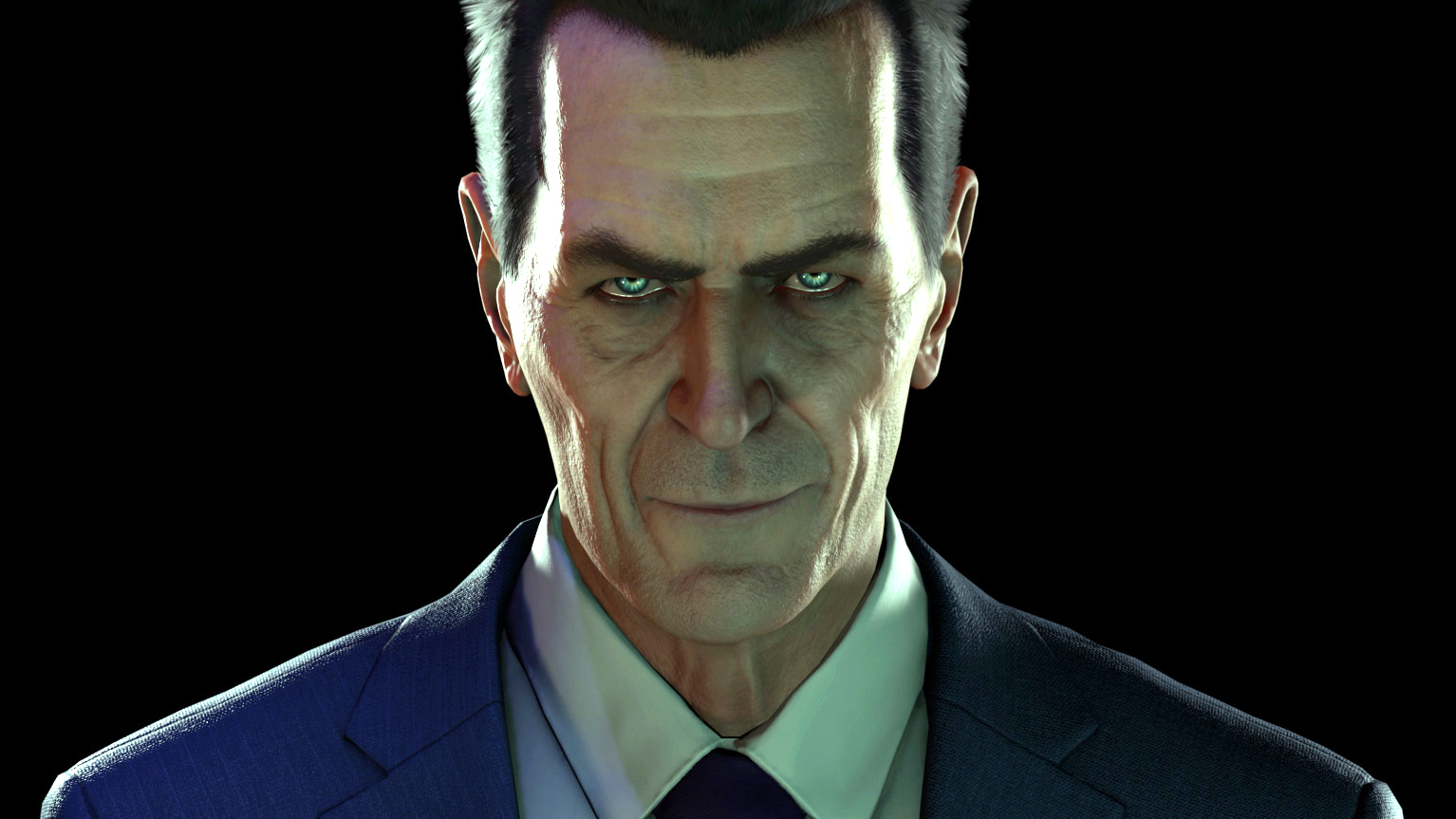 18 years after making his Source Engine debut, Half-Life’s enigmatic extra-dimensional businessman is back in the spotlight thanks to a stunning fan animation in Half-Life: Alyx’s Source 2.

Notorious G-Man animator Corey Laddo today posted a recreation of a slice from Half-Life 2’s tech demo at E3 2003. Back then, Valve showed off their then-revolutionary facial animations with G-Man in the spotlight, flexing his not-quite-human facial muscles and demonstrating some tactful lip-syncing.

What’s really striking is that it’s not nearly as big a jump as you’d expect. Sure, our man is looking sharper, more detailed, and creepier than ever—but Half-Life 2’s facial animations were already years ahead of their time, even in 2003. It doesn’t matter that the original footage is shaky and low-res. When he raises a cheeky brow, you feel the discomfort in your soul.

Of course, G-Man’s new look is useful for more than recreating decades-old E3 demos. Laddo famously recreated Talking Heads’ video for Once In A Lifetime with the alien suit. Together with uncannily talented voice actor JapaneseBushBaby, the pair also penned this phenomenal Half-Life: Alyx cooking video.