Hot News The Outer Worlds 2: Everything we know about Obsidian&rsquo;s sci-fi sequel 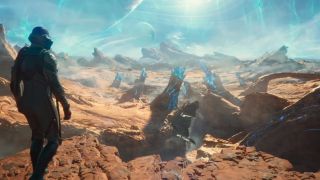 The Outer Worlds 2 is Obsidian Entertainment’s sequel to its well-received sci-fi comedy adventure from 2019. The game debuted at this year’s E3, showing off a typically silly cinematic trailer and, well, not a whole lot else.

No, seriously. The trailer repeatedly cracks jokes about how the game is nowhere near finished, that the developers have nothing of substance to show, and that what it does show probably won’t feature in the final product. Having watched it multiple times, I know more about open heart surgery than I do about The Outer Worlds 2, and most of that knowledge comes from playing Surgeon Simulator and watching episodes of House.

But hope springs eternal. While hard facts are hard to come by, there’s plenty about The Outer Worlds 2 we can deduce and infer. So I’ve brought together all the available information about the game, and attempted to figure out what the sequel will look like and how it might play.

You can watch the Outer Worlds 2 E3 trailer above. It’s a tongue-in-cheek cinematic reveal that shows off a bunch of videogame trailer tropes while an “old, wise-sounding voice” makes sarcastic comments about the footage. We open on a “quiet, peaceful setting,” whereupon the silence is quickly broken by a giant monster stomping on a small animal. “Will this creature be in the game?” The voice asks. “No, say goodbye to it forever.”

The video carries on in this knockabout vein, culminating with a wide shot of a desert planet overlooked by the game’s hero. Only, we don’t see what the hero looks like because “the developers haven’t finished the design. Or finished the story. Or finished any gameplay that’s actually ready to show. In fact, the only thing they have finished is the title.”

It’s amusing and clever, but in terms of information it’s about as useful as a set of barbells on the International Space Station. But keep reading to find out everything we know about The Outer Worlds 2! Please, I’ve worked on this for two days.

Shockingly, we don’t know exactly where The Outer Worlds 2 is set, but we do know that it’ll be moving away from the Halcyon system that formed the main setting for the first game. In a tweet revealing the new trailer, the official Outer Worlds Twitter account mentions a “New star system.” Whether or not the game takes place in an entirely new location, or whether you’ll get the chance to revisit places from the first game, is unknown.

Looking at the cinematic trailer, some locations that we see include a lush forest world and a vast, cracked desert interspersed with mountain-sized blue crystals emerging from the ground. Of course, it’s impossible to know whether these are representative of locations that will appear in the game, or if it’s another one of the trailer’s jokes.

Absolutely no idea. The only clue revealed in the trailer is the appearance of Moon Man at the title reveal. Moon Man is the mascot of Spacer’s Choice, an Outer Worlds corporation that specialises in producing cheap consumer products. Spacer’s Choice is owned by Universal Defence Logistics, which is itself a part of the Halcyon Holdings Corporation.

Hence, it’s likely that Halcyon Holdings will appear in The Outer Worlds 2 in some form.

Given how The Outer Worlds ends with the protagonist being offered full leadership over the Halcyon colony, it’ll be interesting to see how Obsidian builds on this; whether they’ll try to tie in the story of Halcyon and the Stranger, or whether the sequel will be largely separate, with only small references to the first game.

More broadly, taking into account the general tone of the trailer, we can safely assume that The Outer Worlds 2 will be thematically similar to the first game, boasting a mixture of zany humour and corporate satire.

According to the above announcement tweet, as well as a new solar system, The Outer Worlds 2 will feature a “new crew.” This makes sense given the multiple ways the first game could end, and all the different potential fates of your party. While there’s no evidence to support this, it’s also likely that you’ll play as a brand new protagonist, since Obsidian’s games are all about building and developing your character from scratch.

Personally, I’m hoping that the sequel goes all-out on the new party. The first game’s companions were all slightly different flavours of human, so for the sequel I want to see some weirder concepts. A totally out-there alien like Mass Effect’s Hanar. An ED-209 style killer robot with attachment issues. A talking quasar. A friendly gas. Give me strange, Obsidian!