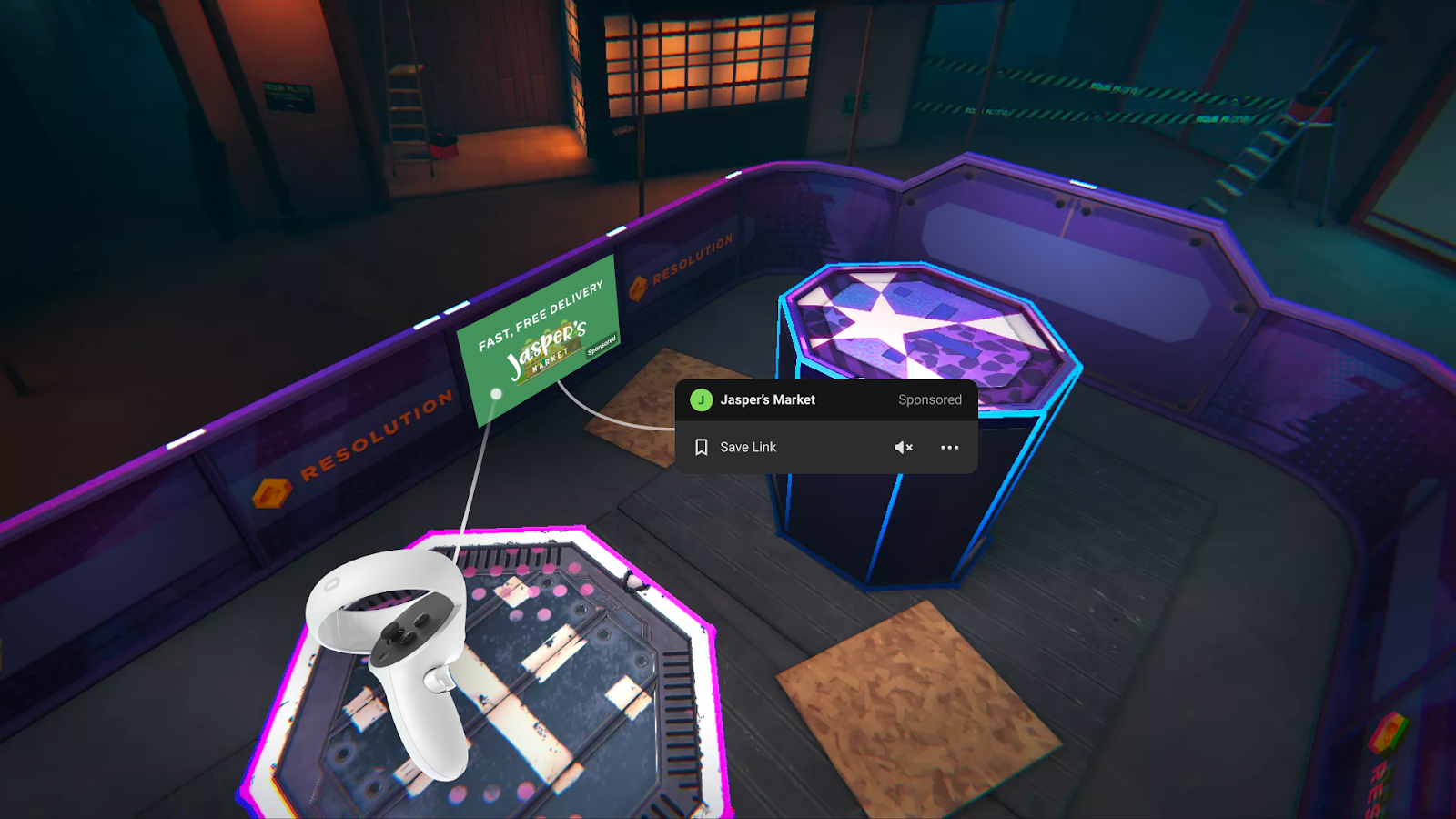 Facebook is planning to begin sticking ads in Oculus Quest games and apps within a few weeks, using data pulled from users’ Facebook profiles. Facebook detailed its plans in a blog post, saying that in-headset ads are “a key part of ensuring we’re creating a self-sustaining platform.”

This inevitable step comes less than a year after Facebook began forcing new Oculus headset owners to use a Facebook account. And, of course, the ads will be able to pull on information from your Facebook profile, a spokesperson confirmed to The Verge.

That personalized data includes a lot of what you’re doing on the Oculus, like what apps you’ve viewed and installed and even what other ads you’ve clicked on. It won’t include more sensitive material, like your private conversations or “any weight, height, or gender information that you choose to provide to Oculus Move.” Presumably any age or gender information on your Facebook profile is fair game for targeted advertising, though.

Developers will be able to earn money from in-game ads, with Facebook keeping a portion of the revenue. According to The Verge, Facebook says it hasn’t decided whether ads will eventually make their way to the Oculus Home hub, which seems likely once their ad tech becomes more advanced. This test is for flat ads that would look at home on any website, but Facebook says it’s “also exploring new ad formats that are unique to VR.”

The first ads will appear in a game called Blaston, with more apps to follow. Bizarrely, the Oculus blog demonstrating these early in-app ads show that you’ll have the option to click on an ad and save the link for later, something I definitely find myself wanting to do with advertisements all the time. There will be a drop-down menu to report individual ads or hide them, but Facebook doesn’t mention an option to disable ads altogether.