Hot News The core of Apple's fightback against Epic 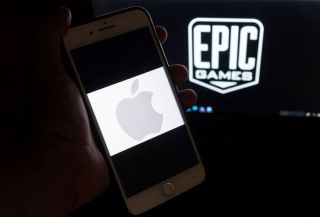 Over the past year the companies have exchanged barbs, most notably Epic CEO Tim Sweeney, who has dedicated parts of his week to jabbing away at Apple on Twitter. The hearing took place in May, with a verdict expected later in the year. Apple’s counter-filing to Epic’s claims, submitted to the court on May 3, 2021, has been released. This is obviously one side’s perspective, and is designed to make Epic’s claims look as ridiculous as possible, but it certainly does a good job of that. Nevertheless, bear in mind that what you’re about to read is Apple’s position, and not that of the court. And fair warning: there’s a lot of legal jargon to come, though I’ll translate it into plain English as much as possible.

The document is entitled “Defendant Apple Inc.’s proposed findings of fact and conclusions of law”, and was submitted to the California court on the first day of proceedings, with the trial being overseen by the Honorable Yvonne Gonzalez Rogers.

First of all, Apple points out just how much Epic has benefitted from the former’s proprietary technology and platform, not just in terms of money made but also due to the basics of functionality and security. “Epic has benefited handsomely from its contractual relationship with Apple, which goes back to 2010. Epic has used Apple’s proprietary SDKs, and thousands of proprietary APIs, to develop games for iOS users. During the two years that Fortnite was available on the App Store, Epic earned more than $700 million in revenue from iOS customers.”

$700 million over two years is a stunning amount of money for one game on one platform over two years, not least when you consider that iOS users were always a fraction of Fortnite’s overall playerbase. The filing goes on to give Apple’s perspective on what happened when it refused Epic a ‘sweetheart’ deal on commissions.

“Epic objects to paying Apple a 30% commission—even though it pays the same commission to many other platforms on which Epic distributes Fortnite. When Apple refused Epic’s request for a special deal, Epic included secret code in a Fortnite update and triggered it, using a server-side ‘hotfix,’ to allow iOS customers to purchase V-Bucks without paying Apple’s commission. This was a breach of the DPLA (as Epic concedes), so Apple terminated Epic’s developer privileges and removed Fortnite from the App Store.”

“This was all part of a pre-planned media strategy called ‘Project Liberty.’ Epic retained Cravath, Swaine & Moore LLP and a public relations firm in 2019, and this lawsuit is the culmination of that effort. Epic seeks to portray Apple as the ‘bad guy’ so that it can revive flagging interest in Fortnite. Yet, ironically, when Epic got kicked off the iOS platform, it told players that they could continue playing on consoles, PCs, and other devices— demonstrating the existence of competition and the absence of monopoly […] Epic just wants to free-ride on Apple’s innovation.”

The claim goes on to establish why Apple designed iOS in the way it did, quoting the late co-founder and CEO Steve Jobs: “[w]e define everything that is on the phone. You don’t want your phone to be like a PC. The last thing you want is to have loaded three apps on your phone and then you go to make a call and it doesn’t work anymore. These are more like iPods than they are like computers.” The point being that the ‘closed garden,’ from Apple’s perspective, is a way to guarantee device security and stop malware: something that the company points out is arguably even more important on a phone than on a PC, due to the amount of personal data on such devices.

Apple’s lawyers go on to write about the differences between traditional methods of buying a game versus iOS (and manage to make going to a shop and buying one sound like some sort of nightmare), with some historical digression into Epic’s own past as a publisher, quoting the very Tim Sweeney himself on the problems with the ‘old’ distribution model: “[T]he whole business was so daunting. See, you put a huge amount of effort into developing a program. If you have to release it, then that’s basically doubling the effort, because of all the polish and documentation that’s needed. And unless you’re going to make serious money from that, then it’s not worth it.” They also point out that Epic charged developers a 60% commission, which is not really relevant as physical distribution is a whole other ball game, though it is amusing that Sweeney at the time called this “a fairly favorable royalty for developers.”

Apple then really gets into the weeds of how Epic managed its PR campaign. Epic established a 501c4 organisation (essentially, a nonprofit pressure group) which “by design [was] under the control of Epic and its leadership team. The purpose of establishing a separate organization was to create a ‘sympathetic’ public face. ‘Epic is not sympathetic.’ Smaller developers, Epic concluded, ‘are sympathetic.'”

So Epic created the Sustain Campaign, a ‘messaging’ initiative “to ensure we’re not the only voice” because, “[w]hen it comes to the press, that results in more neutral to positive coverage […] First, Epic would continue its efforts to ‘seed’ the press and ‘run ads’ to “help establish our position.”

Apple then quotes Epic itself on this strategy: it set out with “traditional public relations where we use the press to apply pressure and drive support [and would] follow a two-week cadence where we create news through an inflection point […] and then generate continued press on that point through a 14-day trail.”

Basically, some of the people who are publicly backing Epic’s position are doing so because they’re being paid to do so. “Epic would use ‘Paid Media Efforts.’ This entailed enlisting ‘a game-changing supporter list’ to ‘influenc[e] the general public.’ Epic also created a petition drive ‘to suggest the public supported its efforts.'”

I suppose the only problem with plans like this is, when they get exposed, you wonder how good Epic’s argument ever was to need this kind of astroturfing.

This of course extended to the calibrated response to Apple’s inevitable removal of Fortnite, which was designed to shift the narrative from Apple versus Epic towards Apple versus consumers. That is, according to Apple, Epic tried to paint Apple as standing in the way of cheaper prices for players.