Hot News Out of the over 700 demos at Steam Next Fest, these 14 are our favourites 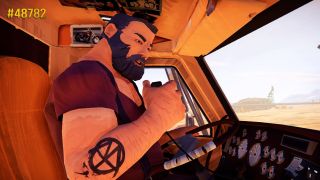 Next Fest has officially kicked off and Steam is teeming with indie demos, gaming livestreams, and developer chats. This six-day digital event is taking place between June 16 and June 22, giving you a week to browse and download a bunch of indie game demos for free.

There are literally hundreds of demos (over 700) available to download, and they span a variety of different genres. It’s pretty overwhelming how many there are, which is why the PC Gamer team has done the work for you. We’ve delved deeply into the Next Fest list and have reemerged with 14 demos that we think are worth your time.

Most of these demos will disappear from Steam after the event ends on June 22, so have a scroll, pick out a couple you like the look of, and go play them ASAP. Played a great demo that wasn’t on this list? Let us know in the comments.

We’ll be adding more games to this list as the week goes on so make sure to come back and check out the new additions.

I love games that encourage you to stop and smell the flowers, and photography adventure Toem is one such game. Camera in hand and rucksack firmly on your back, you’re tasked with helping a quirky forest community with their photography needs, and it turns out they have a lot of tasks for you. In the demo, I had to help snap pictures of plants for the scouts, take part in some monster spotting, and help a poor soul find their lost sock. It’s a perfect hour-long demo that lets you explore the entirety of the first area, lays out the storyline, and shows you the main photography mechanics of the game. A lovely demo. —Rachel

Sable was definitely one of the most striking games of this E3. The Summer Games Fest gave us not only new footage and a release date, but also a beautiful performance of its theme song by Japanese Breakfast. Before Sable’s journey through the desert on a glider can kick off in earnest in September, you can now play the game’s beginning for yourself—we’ve had a look at it and a chat with Shedworks co-founder Gregorios Kythreotis a little earlier in the week if you would like to know more about the development of the chill exploration game.—Malindy

If I am ever forced to unpack in real life—be that from a trip, moving house, or even food shopping—it’s a herculean task. Zen puzzler Unpacking on the other hand is one of the most satisfying games I’ve had the pleasure of experiencing. It brings an odd excitement to the mundane slog of moving things from one container to another, shoving your bras in a drawer, and finding a shoe tossed in among your kitchen cutlery. Unpacking doesn’t say much, but piecing together people’s lives through the items you stow away builds a wonderful narrative. If you checked this out during the last Steam Fest then there’s nothing new to see here, but it’s still well worth another unboxing. —Mollie

There are plenty of mech games out on PC, but I’ve not seen any like Wolfstride before. It’s an indie RPG where you get to control a giant ten-tonne robot and beat the crap outta other giant ten-tonne mechs—an idea that never gets old. The demo shows off the game’s 2D turn-based battles that have you punching, firing, and pushing your mechanized opponent (pretty standard stuff), but what really sells this game is its striking style. Wolfstride’s bold, comic-book animations look spectacular, and it really gives weight and flair to the explosive battles. It’s definitely a demo that’s worth your time.—Rachel

Rogue Lords is—you guessed it—a roguelike, specifically one where you take control of monsters of yore such as the Headless Horseman, Dracula, and, for some reason, evil Mary Shelley. As Lords of the Devil, they do what they do best—terrorize the innocent. In terrifically animated turn-based battles, you unleash hell on your opponents by choosing between defensive and offensive actions. Who knew horror and gore could be so cartoon-y? Away from battles, there are interactive sequences where your action determines your reward—or punishment. It’s pleasantly challenging and pretty camp, but unfortunately (or fortunately?) Rogue Lords has so many interesting systems that you’ll spend a long time with the tutorial. —Malindy

I completely missed this game when it whizzed past in E3’s dense Wholesome Direct, only spotting it when I rewatched the presentation. Don’t repeat my mistake, because Letters is shaping up to be a wonderful narrative puzzler worthy of your attention. Trade letters and old-school IMs with your Russian penpal, using the words you’ve written to solve puzzles and make small visual tweaks in the world. Certain choices will shape the path you take as you grow up—your personality, your style, and even your relationship with your best friend. Letters is wonderfully chill yet compelling storytelling at its best.—Mollie

Base building is trendy as hell in 2021, thanks in no small part to Valheim’s explosion in popularity earlier this year. If you’re tuckered out on Viking adventures, you might want to give Len’s Island a whirl. Base building is at the core of the game, and the various building blocks make it surprisingly easy to quickly whip up a small hut or two-storey family home. The game looks stunning to boot, with gorgeous sun-dappled landscapes juxtaposed with dank, dimly lit caves. I could easily lose hours in Len’s Island, tending to my crops and gathering materials to expand my home. There’s a gruelling dungeon crawler to dive into as well, if that’s more your speed.—Mollie

Well, this demo was certainly a journey. Road 96 is a hitchhiking, road trip game where you’re trying to reach your country’s border in an effort to escape creeping authoritarianism, relying on the kindness of strangers and trying to duck the law as you go. It’s a bulky demo that has six different scenarios and as you boot up the game one gets chosen at random.

I played through two scenarios that couldn’t be more different. In the first, I was driving a car with fellow hitchhiker and computer programmer named Alex, talking about life on the road and other contemplative conversations. In the second, I was sitting in a motorbike side cabbie throwing wads of cash at an approaching police car as my bank-robbing companions tried to escape. The Road 96 demo has really got me hyped up for its release, which should be sometime in 2021.—Rachel

Meredith Weiss needs a break. As a brilliant coder, taking time off work has been difficult, so she takes a rather drastic approach—she decides to moonlight as a local mail carrier in a small Midwestern town. Lake is a story-driven game about stopping and smelling the roses, about small-town life, and, presumably, about what really matters away from the hamster wheel. After we got to check it out last month, now so can you. Apart from the idea itself already promising a relaxing gaming experience, Lake is beautiful—from the titular, er, lake to sun-dappled forests and mountain vistas, Meredith’s route relaxes you while playing as much as it does Meredith, and getting to meet a cast of characters is also fun, thanks to really natural-sounding dialogue.—Malindy

You can now play an early demo of Tunic that developer Andrew Shouldice showed off at events (remember those?)—while this demo may not reflect Tunic in its current state, it’s unsurprisingly still gorgeous, and proves this is the perfect game for any old-school Zelda fan. One moment, you find your way around a forest that looks like a diorama and has a pleasant verticality to it, enjoying the chill soundtrack while you guide your little fox around, the next you take on some foes that require you to nimbly dodge and block or game over can come quite quickly. It feels great to play and you should definitely check it out while you can.—Malindy

Leave a reply "Hot News Out of the over 700 demos at Steam Next Fest, these 14 are our favourites" Cancel reply

Related Post "Hot News Out of the over 700 demos at Steam Next Fest, these 14 are our favourites"