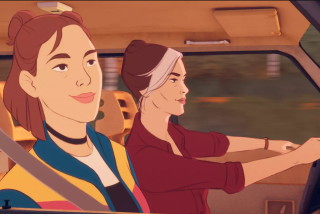 Steve Gaynor, co-founder of Fullbright, is no longer creative lead or manager on its current project, Open Roads, though he remains involved as a writer. A report published by Polygon claims that Gaynor was a “controlling” and “demeaning presence” who saw himself as embodying the studio, and who ultimately drove away multiple employees—especially women.

Fullbright is the indie studio behind Tacoma and Gone Home, which won the Best Debut category at the GDC Awards and the BAFTAs. Originally a small team, Fulbright has grown since teaming up with publisher Annapurna Interactive for Open Roads, but has allegedly lost multiple women employees due to Gaynor’s micromanagement of them.

As the report is careful to note, none of the ex-employees of Fullbright who came forward are accusing Gaynor of sexual harassment or “explicit sexism”, but instead of fostering a toxic culture that drove staff to leave. Of the 15 staff who have quit Fullbright since development on Open Roads began, 12 said they left “at least in part due to Gaynor’s behavior toward workers, specifically women on the team.”

“This is going to sound like a joke, but I’m completely serious: Working for him often felt like working for a high school mean girl,” said one of Polygon’s sources. “His go-to weapon was to laugh at people’s opinions and embarrass them in front of other people.”

Fulbright’s status as a small studio, lacking a dedicated HR department, seems to have exacerbated the issue, with employees having to resort to anonymous digital Post-It notes and exit interviews to raise their issues. Yet due to the subject matter of its games, which put women at their forefront, Fulbright kept attracting more women to work at the studio.

“It turns my stomach to think that [Gaynor] still gets to write these games about women’s stories when this is how he treats them in real life, with presumably no sign of stopping,” an ex-employee of Fullbright told Polygon. “I want women in the industry and this studio to feel valued. I want vulnerable young women who are new to the industry to be supported, not preyed upon. I want women to not have to fear retaliation from a powerful ‘auteur’ figure for speaking up. I want women to feel safe here. I want women to know that this is not normal. More than anything, I just want him to stop. He shouldn’t be allowed to keep getting away with this.”

Gaynor has replied in a public statement on Twitter, in which he says, “Earlier this year, I stepped back from my role as creative lead on Open Roads. My leadership style was hurtful to people that worked at Fullbright, and for that I truly apologize.

“Stepping back has given me space and perspective to see how my role needs to change and how I need to learn and improve as part of a team, including working with an expert management consultant, and rethinking my relationship to the work at Fullbright.

“I care deeply about Open Roads and the Fullbright team. I’m sad to have stepped back from day-to-day development of Open Roads, but it’s been the right thing to do. The Open Roads team has my full faith and support as they bring the game to completion.”

Open Roads remains in development. The game’s official Twitter account announced Gaynor was stepping down, saying, “We are a small team passionate about making an inclusive, poignant, story-driven game that gives players a feeling of discovery. We care deeply about creating games that have a positive impact. We are also fervent believers in fostering a work environment that is healthy and collaborative, where we can work with transparency, autonomy, and trust.”