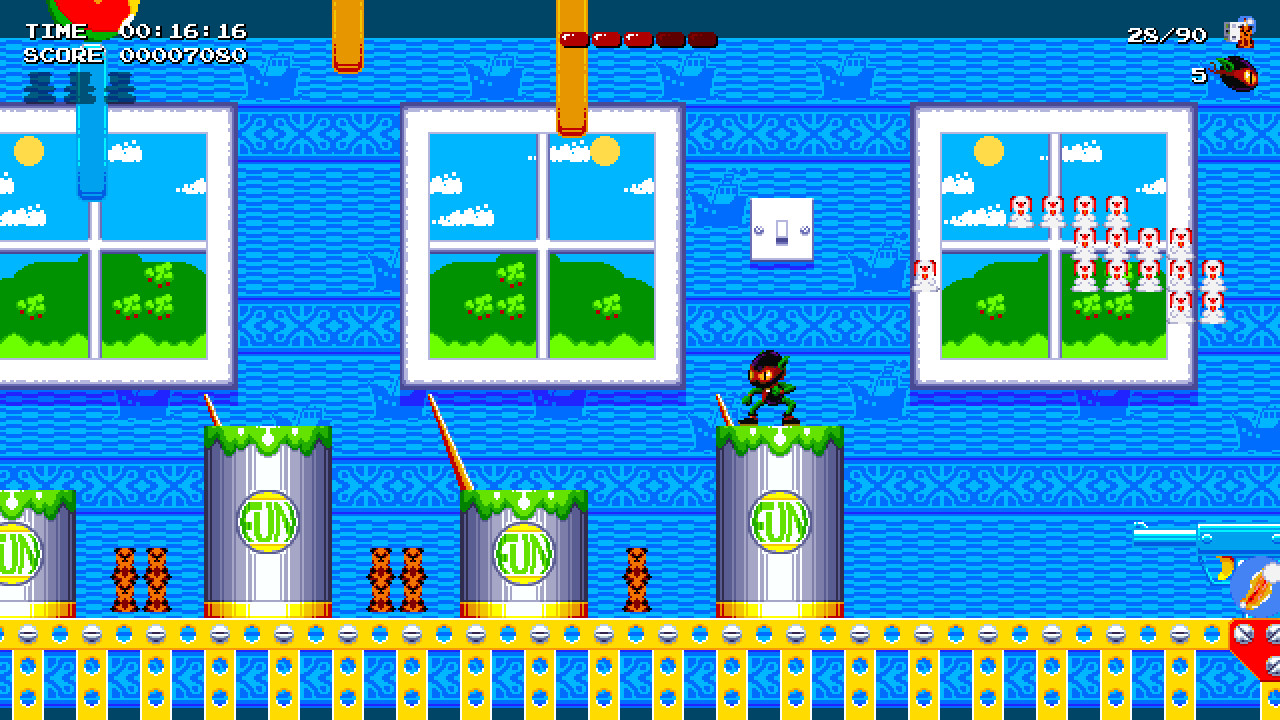 Sonic the Hedgehog has a hell of a lot to answer for. When Sega’s mascot made his debut in 1991, the game’s wild success saw every developer under the sun racing to create their own cartoon mascot platformer. Wow, there were some stinkers: who else remembers Boogerman? Cool Spot? Hell even McDonalds had Mick and Mack: Global Gladiators.

Zool was far from the worst of these games, but it’s also not terribly good either: the magazines of the time gave it some scandalously high scores, doubtless why it sold well, but its main asset was always looking good and taking full advantage of the Amiga’s colour palette for striking visual backdrops.

Sumo Digital has now announced Zool Redimensioned will be released soon, a project from its Sumo Academy, and it’s kind of half a remake and half not. It says it’s been “rebuilt from the ground up for modern audiences” but from the trailer this looks like the same game in HD. I do admire how it optimistically tries to turn the worst element of Zool, the ridiculous difficulty, into a selling point though: “Zool’s old school platforming action will challenge the most hardcore gamers!” I mean yeah, it will. Then you’ll play something else instead.

I’m sorry, I’m being mean about a little ant who probably doesn’t deserve it. There are elements of the game that are being tweaked apparently, including new secrets in the levels, and for some reason the Mega Drive version of the game is included. Zool Redimensioned is out at some point this month, and you can wishlist it here.