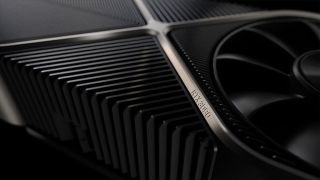 There are more people using the most expensive of Nvidia’s latest generation of graphics cards on Steam, than are using any of AMD’s newest GPUs. That’s the latest takeaway from the Steam Hardware Survey, and it will make for depressing reading for the Radeon faithful.

Relatively few people splurge on a flagship GPU in comparison to the rest of the lineup within any given graphics card series as a whole. That’s to say, way more people will end up owning a GeForce RTX 3070 than a GeForce RTX 3090. Steam’s latest hardware survey backs this up, but here’s a more interesting nugget that comes from sifting through the latest numbers—Steam’s survey shows that even the RTX 3090 has a larger share of users on its platform than AMD’s entire range of Radeon RX 6000 cards put together.

The standard disclaimer applies, in that Steam’s survey results are not a completely accurate snapshot of market share, or even totally representative of the entire Steam population. However, it is one of the best resources we have to observe trends in hardware use among gamers (like Linux taking a 1% OS share).

That’s what makes the latest snapshot so interesting. Nvidia’s GeForce RTX 30-series and AMD’s Radeon RX 6000-series are based on each company’s latest generation GPU architecture—Ampere and RDNA 2, respectively—and have been out for several months now. Graphics cards have been immensely difficult to buy, sure, but the ones that do land on retail shelves are only there for a split-second before being snatched up by scalpers, miners, and gamers (probably in that order, unfortunately).

It’s a little tricky to try and compare the numbers. That’s because AMD’s latest generation GPU hardware doesn’t even appear in the ‘All Video Cards’ section. Reddit user zyck_titan found a clever workaround to this problem. As it turns out, AMD’s RX 6000 series does show up in the ‘Vulkan Systems’ category, and we can use that information to extrapolate an overall share.

It is not an exact split, but it is close enough. For example, the RTX 3090 shows a 0.74% Vulkan Systems share and 0.38% Overall share. The Vulkan System numbers are roughly double across the board within the RTX 30 series, so the formula appears to work.

If we apply the math to AMD’s Radeon RX 6000 series and compare the calculated figures to the Overall share of Nvidia’s RTX 30 series, here’s how it breaks down (though note this is looking at desktop graphics cards, not mobile chips):

Add it all up and you have a combined 0.34% share for the entire Radeon RX 6000 series range. The total share is less than the individual share of every single Ampere card, including the flagship RTX 3090, which starts at $1,499. And it’s well below the total share of Ampere cards, which checks in at 3.98% (or 3.8% if applying the same formula to the Vulkan Systems share rather than using the already-collected Overall share figures).

Steam doesn’t ping every single system that connects to its servers, and there are all kinds of factors that can affect the results. But make no mistake, Valve considers the data “incredibly helpful to use as we make decisions about what kinds of technology investments to make and products to offer.” Like the recently announced Steam Deck.

What the numbers don’t reveal is why the share works out the way it does. In this case, it could be a combination of gaming and mining performance that is pushing more Steam users into Ampere territory. Or it could be as simple as the green team having more cards actually out there to buy, and so users are picking up whatever is available at any given moment.

Whatever the case, the latest survey results indicate AMD has some catching up to do.