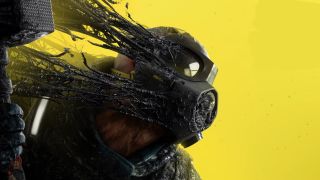 It’s been a long time coming, but Rainbow Six Extraction (not Quarantine or Parasite, as it was once titled) is finally on the way. We first heard about the game at E3 2019 and after two full years of silence, Ubisoft re-debuted the game at its E3 2021 Ubisoft Forward show. It’s got a lot of the good Siege stuff players love like returning operators, destruction, precise gunplay, and gadgets plus a boatload of alien zombies that are pretty gross to look at.

The best part is that we don’t have to wait very long to play it ourselves. Extraction is dropping later this year with 3-player co-op missions that Ubi hopes will keep you busy for a long time.

Here’s a full breakdown of Rainbow Six Extraction, including detailed hands-on impressions and a video preview.

Rainbow Six Extraction is Ubisoft’s take on the recently-reignited co-op zombie shooter genre, similar to Left 4 Dead or Back 4 Blood. It’s 3-player co-op and has no PvP element, but it can be played solo if you so desire. The game is built on the same framework as the PvP game Rainbow Six Siege, which means everything from the guns, movement, and in-game tools will feel familiar if you’ve played that game.

Think of it as a big-budget total conversion mod.

That said, it’s worth clarifying that Extraction is being developed by a completely separate team than Siege within Ubisoft Montreal.

We’ve played Rainbow Six Extraction. It’s pretty fun, but we’re not totally convinced its slow, methodical pacing is the right direction for a co-op zombie shooter. Extraction has Siege’s operators and destruction engine, but does it use them well? Watch Morgan and James talk about their time with the game above and then read Morgan’s full written impressions over here.

It’s not totally indicative of Rainbow Six Extraction’s gameplay, but the dramatic cinematic trailer shown at Ubisoft Forward sure is a cool watch. The trailer shows a team of operators on a mission to save Hibana from a gooey parasite tree, which is an actual thing you have to do when one of your operators goes down mid-mission.

Rainbow Six Extraction is not a procedurally generated game, but bits and pieces of its missions are. Each mission is broken up into three “sub-map” areas each with its own objective. The map layouts themselves do not change, but the order in which you play them does. Loads of other details are also randomized, like which objectives you’ll be assigned, where on the map they’re located, and which alien zombie types will try to stop you.

Extraction will apparently have a campaign with a proper narrative, but Ubisoft wouldn’t share any details about it with us. They were also silent about how Extraction’s progression will work. Will players have to unlock each operator like in Siege? What about weapons, cosmetics, and locations? Those are pretty important blanks to fill in at some point.

So far, it looks like all of Rainbow Six Extraction’s operators will carry over from Siege. We had access to nine operators in our hands-on demo, but there will be more in the game at launch.

Here are all the operators we know are in the game so far:

Those are all of the operators that are obviously playable, but there are a few others seen in cutscenes and cinematics that may or may not be playable as well: Ash, Thermite, and Mira.

While it’d be cool to play as these recognizable faces, it doesn’t seem very likely. Ash seems to be the voice in your squad’s ears throughout missions, so it wouldn’t make a lot of sense to have her in the mission as well. Neither Thermite nor Mira’s gadgets would make much sense in a PvE scenario either, so fair enough.

We only got to see a few of Extraction’s mission types in action during our hands-on preview, but Ubi went into details about how all 11 will work. Players have a chance of getting assigned any of these objectives when loading into a mission. The only exception is the No One Left Behind mission, which is apparently a guaranteed objective if one of the players currently has an MIA operator.