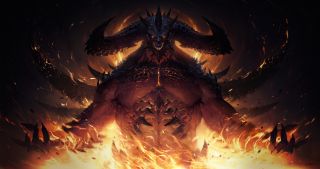 We played Diablo Immortal, the controversial mobile spin-off, back in December during a technical alpha, and found an action-RPG that was a surprising amount of fun to play on our phones. Diablo Immortal was expected to be ready to release sometime this year, but Blizzard announced today that’s not happening.

Diablo Immortal “is now planned for release in the first half of 2022, which will allow us to add substantial improvements to the whole game,” Blizzard wrote in a press release.

According to the announcement, the delay will allow Blizzard to incorporate feedback from technical alpha players to make PvP content like the Cycle of Strife “more accessible” and PvE content like the Helliquary “more engaging.” Immortal is also getting controller support. “These changes will be implemented in the future, as we plan for our next beta testing milestone,” Blizzard says.

Here are some of the changes to expect in Diablo Immortal when it’s finally done cooking: