Hot News There's a new Shorter Games With Worse Graphics Bundle on Itch.io, and it's exactly what it says on the tin 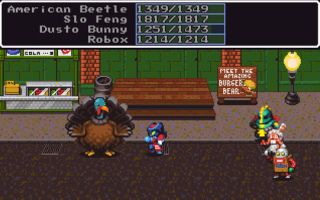 In 2020, Fanbyte podcast producer Jordan Mallory posted a tweet that not only went viral, but also crystalized a feeling of dissatisfaction that many have about the state of the gaming industry.

As with any good tweet, Mallory didn’t elaborate, but anyone familiar with triple-A development knew what he meant. Mallory posted the tweet around the release of the highly acclaimed and certainly good-looking The Last of Us 2, which reportedly required developers to crunch heavily. Likewise there were reports of crunch for Red Dead Redemption 2, a game so beautiful and so realistic you can all but see your horse’s balls draw up when it gets cold.

It captured a feeling that was the air: there are plenty of instances where you can’t help but think less would have been more—specifically, more sleep for developers.

The Shorter Games With Worse Graphics Bundle aims to be the opposite of those games. There are a lot of true indie games out there made by solo developers or small teams with no publisher and no funding, and generally, Itch.io is the place to find them. Itch has also become a great platform for people who want to contribute to a cause and get some sweet games out of the deal, as seen with the Black Lives Matters Bundle and the bundle for Palestine.

DeveloperDamien on Twitter came up with the idea for the Shorter Games With Worse Graphics Bundle in late 2020, and has now created a second bundle with 28 games by 25 different developers.

There’s a Twitter thread introducing each of the games—I’m particularly intrigued by 16-bit turn-based RPG Kaiju Big Battel: Fighto Fantasy, because it actually looks quite beautiful (so much for worse graphics!) and top-down shooter Gunbo.

“Seeing all the sentiments against triple-A and how now is a good time to support studios that refuse to be a part of that culture I think it’s a great time to see people put their money where their mouth is,” the description reads. The money raised will be evenly split among all participating developers. DeveloperDamien also suggest checking out the games from the first bundle, even though it is no longer available, as well as “all the other stuff that [itch.io] is full of.”

The goal for the Shorter Games with Worse Graphics Bundle is once again $6,969.69, a cool number for cool people. The bundle runs until August 16.

Leave a reply "Hot News There's a new Shorter Games With Worse Graphics Bundle on Itch.io, and it's exactly what it says on the tin" Cancel reply

Related Post "Hot News There's a new Shorter Games With Worse Graphics Bundle on Itch.io, and it's exactly what it says on the tin"