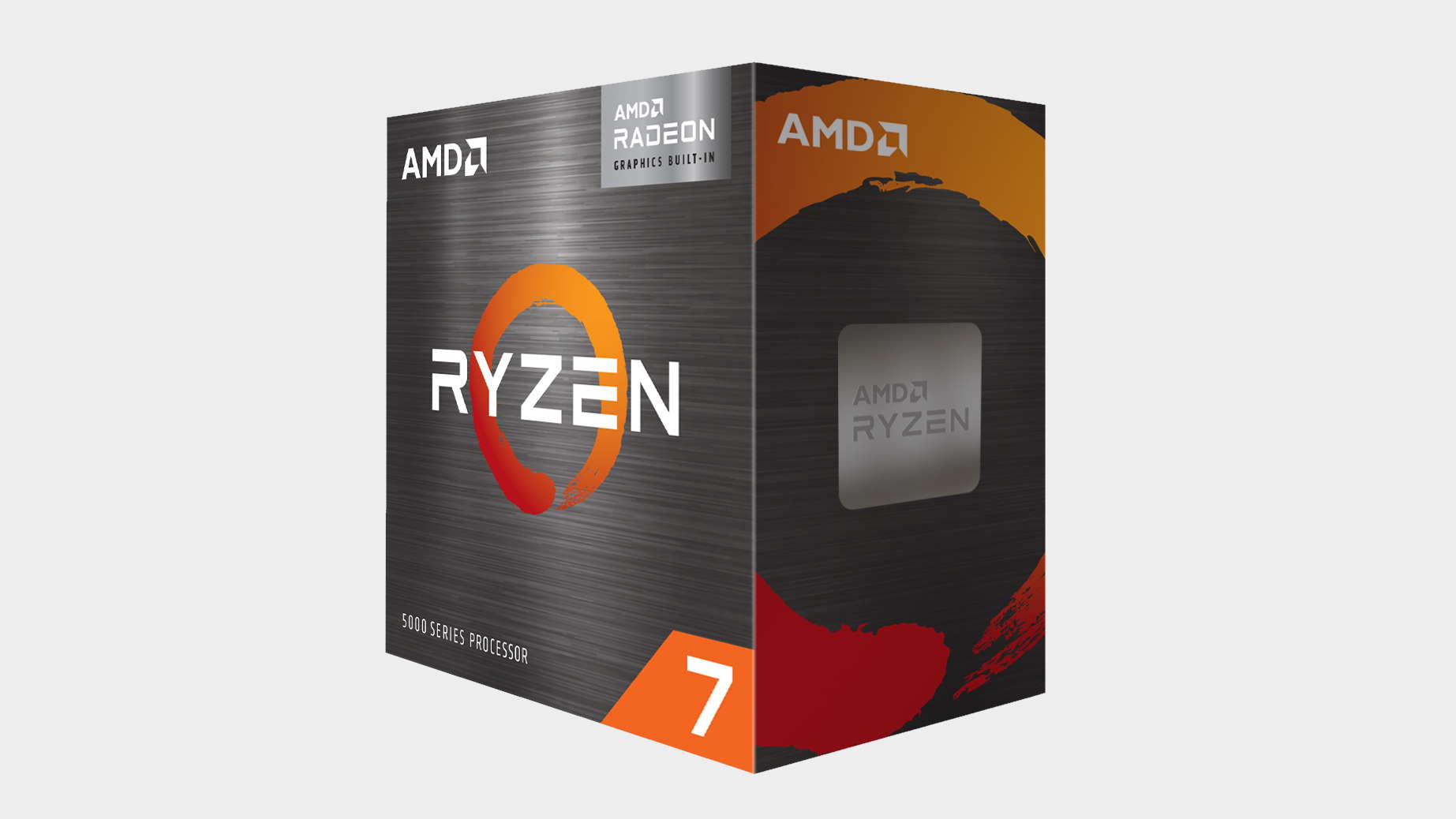 Struggling to find a graphics card in these silicon-starved times? AMD may suggest that, with the new Ryzen 7 5700G, you might not necessarily need one for PC gaming today.

AMD’s Ryzen 5000 series of CPUs have been very well received, though, like every other manufacturer of processors and graphics cards, AMD has been affected by wider semiconductor market issues. Limited supply meant that production priority was given to the high end chips in both the red team’s CPU and GPU stacks. That means we haven’t seen any really affordable Zen 3 based processors, at least not in the retail market.

But finally, AMD has processors that combine its strong Zen 3 architecture with capable Vega-based integrated graphics. They are the first in the retail market since the release of the Zen+ based 3200G and 3400G in mid 2019.

Though that still feels like a strange reversal on the Steam Deck’s new APU, which matches the older Zen 2 CPU architecture with the two generations more modern RDNA 2 graphics cores.

AMD has traditionally had strong integrated graphics solutions. Even during its weaker pre-Ryzen years its APUs always filled a solid niche in the market. And they’ve been sadly missed, even more so during the current chip crisis when many gamers either couldn’t find or couldn’t afford discrete graphics solutions.

The promise of Zen 3 cores and best-in-class integrated graphics has been eagerly anticipated and we’ll be eagerly watching to see how fully 5000G series models filter out into the market. It was, after all, tricky to find AMD’s APUs on sale even before the latest chip supply issues struck in earnest. But the 5000G series aims to bring AMD back to full competitiveness in the lower to middle market, even though the likes of the Ryzen 3 3100 and Ryzen 3 3300X are yet to be replaced by Zen 3 counterparts.

I still think it’s a rather stunning state of affairs that Intel’s 11th Gen Core i5 11400 and i5 11500 are the best budget CPUs right now, while AMD’s 12- and 16-core models are the enthusiast picks. Traditionally the processor market has been the other way around entirely.

Moving on to the 5700G  specs. It’s a Zen 3 based processor with a 7nm, 180mm2 10.7 billion transistor monolithic die, with 8 cores and 16 threads. And by monolithic we mean that it doesn’t match the chiplet design of the other Ryzen 5000-series CPUs, instead squeezing everything into one traditional package design.

The 5700G has a base frequency of 3.8GHz and a boost frequency of 4.6GHz, yet it still has a very desirable 65W TDP. But to meet this 65W target, some sacrifices had to be made; it’s not simply a down-clocked 5800X with integrated graphics bolted on.

You lose half of the L3 cache (16MB vs. the 32MB of the 5800X) and you also lose PCIe 4.0 support, meaning you don’t get access to the best SSDs around today. The latter certainly isn’t desirable, though apart from losing that peak NVMe SSD performance, much of the target market may not even notice. Official memory support matches the other Zen 3 chips, at DDR4-3200.

Notably, you’ll also get AMD’s Wraith Stealth cooler. That’s a nice value add, though we’d say it’s adequate at best, and pretty much any aftermarket AM4 CPU cooler will outperform it.

The integrated graphics does count as best-in-class, though it’s still based on the ageing, though reworked and well optimised, Vega architecture. That comprises eight compute units, and 512 GCN cores, operating at 2GHz. RDNA-based graphics, not to mention RDNA 2, will have to wait at least one more generation.

AMD’s integrated Vega GPUs are known to benefit from faster memory, so if you plan to game with it, we’d advise you spend a few extra dollars to top that standard DDR4-3200 memory support and grab a decent set of DDR4-3600 RAM to eek out a few more frames. It will really show in gaming performance.