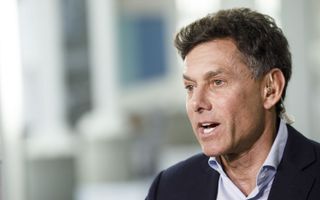 During a Take-Two earnings call today, CEO Strauss Zelnick addressed questions about how the company deals with issues of diversity and harassment, in light of the recent lawsuit against Activision Blizzard.

“Inclusion, diversity and common decency are of paramount importance to everyone here, and specifically highly important to me for the 14 years we’ve been around,” Zelnick said at the start of a lengthy answer. “I’ll say it in as black and white a way as I can: We will not tolerate harassment or discrimination or bad behavior of any kind. We never have… We don’t think fostering an appropriate environment is a single set of actions or represents one day in a news cycle. We think it’s a constant process of introspection and improvement.”

Zelnick spoke for several minutes about Take-Two’s internal policies on harassment and inclusion, elaborating that employees take anti-harassment training when hired and twice a year after, and that the company has “multiple avenues” to report harassment, including an anonymous third-party hotline.

The CEO also cited Take-Two’s director of diversity and inclusion who’s tasked with “developing, executing, and leading a global D&I strategy.” “We also have multiple employee resource groups inside the company and have more growing inside the company, which gives us all a thrill,” Zelnick said.

Take-Two hasn’t been entirely immune to the issues that have come to light at Activision Blizzard. In 2018 and 2019, Kotaku ran reports about extensive crunch and a “frat-like” culture at Take-Two studio Rockstar Games—a description echoed in the recent allegations against Activision Blizzard.

By 2020 it sounded like things had changed from the better, with the departure of some longtime executives and changes to their development process to limit crunch. “It’s like there’s an operation to get rid of bad eggs,” one employee said to Kotaku last year. “There are still bad eggs around, don’t get me wrong, but it feels like their days are numbered.”

“Is there more that we could do? I’m certain there is,” Zelnick said on today’s earnings call. “Do we feel like we’re in a pretty good place? I’m grateful that we do feel that way right now.”