Hot News What's a game you like to play while doing or watching something else? 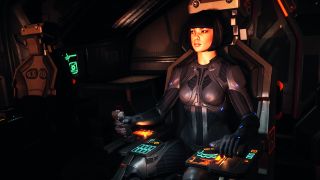 You know, the kind of game you only need to check in on periodically to see how things are going with your nation, football team, or spaceship’s journey from one end of the galaxy to the other. Or the kind of game where you can mindlessly click or grind your way through most of it without actually needing to engage higher brain functions, which you can then spend marathoning TV shows on the other screen.

What’s a game you like to play while doing or watching something else?

Robin Valentine: I never really understand this kind of multi-tasking—my brain just doesn’t seem to work that way, if I’m doing two things at once I’m inevitably only really concentrating on one of them. So a game has to be seriously mindless for me to be able to play it even when just listening to a podcast, let alone watching TV.

I did used to do a bit of catching up on podcasts while grinding levels in Diablo III or Torchlight II, but even then all it took was a particularly interesting piece of loot for me to totally lose the thread of what the podcasters were talking about.

So the closest I get really is just fiddling on my phone while I wait for a slow opponent to take their turn in Legends of Runeterra.

Mollie Taylor: I’m with Robin on this one. I’m completely incapable of watching a video or listening to a podcast while gaming, even when I’m doing the most mundane activities. I’ve tried in the past, but I really rely on things like the game’s music and audio cues. I lose my flow super easy without them, which makes grinding even more of a pain than it already is. I wish I was one of those people that could binge-watch a show while levelling up, but the most I can tolerate is chilling with my friends on Discord. We can’t all be multi-taskers!

Sarah James: I haven’t done it so much recently but I used to level my alts in World of Warcraft while watching something on Netflix—or grind world quests, or whatever else didn’t need any particular concentration. Diablo 3 was another favourite to do this with, especially when you’ve just hit max level and you need to grind item sets. But no games I’ve played recently spring to mind. I was never truly multitasking anyway—I’d always have to stop playing if an interesting bit came up on the telly, or stop watching and have to rewind to figure out what I missed if I accidentally pulled too many mobs in-game.

Jody Macgregor: I used to do this with various MMOs I dabbled in, because most MMOs are bad and don’t deserve my full attention. Same with clickers and idle games, and the kind of action-RPG where you have abilities on a rotation that you just cycle through until the next level-up, which are basically clickers anyway.

Christopher Livingston: When cellphones first became a thing I made an unfortunate discovery: I can’t drive while talking on the phone. It’s not even about holding the phone, it’s about trying to focus on both the road and the conversation at the same time. I seem incapable of it. There are times I even have to turn off music while I’m driving, like if I’m looking for a house number or trying to locate an exit. I can’t even focus on looking at one thing while listening to something else.

So, when gaming, all my attention is paid to the game. I’ve tried podcasts while gaming but there’s little point because I’ll wind up tuning them out completely and having no idea of what I just listened to. I can maybe play a poker game while the TV is on, but it’s not really multitasking since I’ll blank out one to focus on the other. Mah brane: it only really does one thing at a time.

Andy Chalk: I’m another addition to the “can’t do it, don’t do it” crowd. It’s strictly one thing at a time for me: I don’t have a television anywhere near my PC because if the TV is on, I’m watching it, and if I’m watching TV then I’m not using the PC. I don’t even like to listen to music (aside from a game’s soundtrack) when I’m playing because, oooh, I like this song, and next thing I know I’m riffling through Journey’s Greatest Hits on YouTube and my PC is two steps from a hard crash because I’ve forgotten that Witcher 3 has been honking away in the background for 20 minutes.

I’m like that with everything, really. If you want to talk to me while we’re watching Law and Order reruns then you better hit the pause button because otherwise you’re just talking to the dog.

I honestly don’t understand how people can do the “multitasking” thing effectively, even if one of the involved tasks is just sort of background noise. For me, trying to do more than one thing at a time is just a very efficient way of ensuring that nothing actually gets done.

Leave a reply "Hot News What's a game you like to play while doing or watching something else?" Cancel reply

Related Post "Hot News What's a game you like to play while doing or watching something else?"