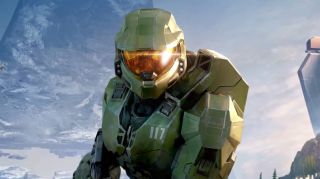 343 Industries creative lead Joseph Staten confirmed on Twitter that some campaign files were “unintentionally included” in the build that went out to players and asked those who have seen them not to spoil the game for others. “Leaks like this are painful for the dev team and can ruin the campaign experience for everyone,” Staten tweeted.

I’ve taken a look at a lot of what leaked and, honestly, Halo Infinite might be a difficult game to spoil. The info dump includes story beats and descriptions of objectives, most of which are hard to parse without context. After all, what we’ve previously seen of Infinite seems like a fresh start with mostly new characters on a new Halo ring. Also included is a list of achievement titles and weapons that we already know about or that you can probably guess based on earlier gameplay reveals. It’s possible I dodged some groundbreaking revelation, though, so diehard Halo fans should probably bury their heads in the sand to be safe.

Halo community director Brian Jarrard advised people who have datamined the information that posting it on public channels will result in DMCA takedowns. “You run a very real risk of getting a takedown notice, which could result in a strike on certain platforms. If you have already posted content, we recommend removing it from your channel proactively,” he tweeted.

The most obvious places I can see this happening are YouTube and Twitter, both platforms that are swift to act on DMCA claims, so post at your own risk. Also, don’t post a bunch of spoilers for a game that nobody can play for months, ya knuckleheads.

We’ve been playing the technical test ourselves and will be sharing some thoughts soon. What’s there now is still pretty light (we’ve been shooting a lot of bots and running gun drills), but it definitely feels like next-gen Halo.