Hot News FIFA 22: Everything we know 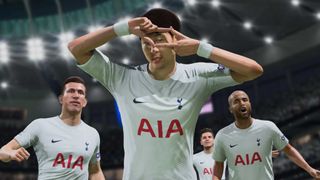 Looking for the latest FIFA 22 news? FIFA is struggling to find its career-best form of late. Where some players might see themselves losing a yard after a torn knee ligament, it’s been bugs, FUT grind fatigue and the omnipresent whiff of stale on-pitch action ruling EA’s cash cow out of a Ballon d’Or nod.

Still, it only takes one good release to get the franchise back on track, and with the advent of new machinery from Sony and Microsoft, the tech ceiling above FIFA 22 has been raised—and that’s sure to have knock-on effects to the PC edition. Eventually.

In this article, then, I’ll spurt forth everything we can possibly tell you about the upcoming FIFA 22 release date—which is surprisingly complex—the differences between its standard and Ultimate editions, and a lot of talk about new animations… which we won’t be getting in the PC version. I know, I know. It’s all explained below.

That’s the short answer. But, this being a modern triple-A release, the launch date is, a tremendously complicated affair.

Those who opt for the more expensive Ultimate Edition get access a few days earlier on September 27. And if you want to play it even earlier than that, subscribe to EA Play and you’ll unlock a ten-hour trial with the game which begins September 22.

This year, EA Sports opens the kimono on how in-game animations used to be motion-captured, and how they’ve improved upon that process this year in the hopes of bottling something closer to totally convincing football.

Until now, every animation you saw on the pitch was mo-capped in a small room by one to three athletes. From the forty stepovers the 13-year-old wiseguy you got lumped with in an online game does on his way from halfway circle to six-yard box, to his Griezmann dad-dance after he rifles it past your keeper, it all took place in that mo-cap studio.

This year, EA Sports used an actual football stadium and captured 22 players simultaneously, on the ball, tracking back, having a crafty breather instead of getting up from that passing glance. The lot. It’s called HyperMotion Technology, mostly because it sounds good, and also to indicate that movement animations throughout the game should be improved as a result.

…And now the bad news: HyperMotion won’t feature in the PC version, which is essentially going to be the last-gen version of the game. Why? To keep minimum requirements down and prevent those with chugging old PCs from being excluded, say EA.

If you thought the release date section was involved, strap yourself in.

FIFA 22’s standard edition retails on PC for $60/£40 (some way cheaper than the new-gen version RRPs). Here’s the bonus stuff you get with that:

FIFA lives and dies on the quality of its AI’s decisions. All the extra console heft that new-gen hardware has within it gives FIFA 22 the opportunity to MESA-fy its AI players, giving them the smarts to make six times more decisions per second, every second.