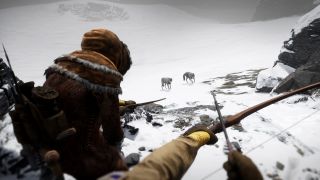 Icarus, the co-op sci-fi survival game from Dean Hall and RocketWerkz, has been delayed from its August 11 launch date. Icarus will now release in November.

“We’ve been keeping a close eye on the state of our development builds and have decided that we want to give Icarus more love by delaying the game,” reads the announcement on the game’s Steam page.

RocketWerkz CEO and DayZ creator Dean Hall tweeted: “Big lesson from DayZ: the actual development state sets the timeline. The game needs a little bit more time to bake to be the most awesome”

Icarus has had its twists and turns in development since it was first announced on the PC Gaming Show in 2020. Originally planned as a free to play game, we learned in June that it had switched to a paid model with a $30 price tag for the first chapter. Additional chapters are planned as paid DLC.

For those who pre-ordered and were looking forward to playing, there’s a little good news. A series of “beta weekends” will begin in August and run through November. The beta schedule lays out a plan to test different, specific environments in a series of two-day tests.

Here are the beta weekend dates and what each beta will contain:

Another nugget of good news: you can play the beta freely without the hours counting against a refund, should you choose to request one. “Anyone who pre-orders Icarus before its launch will gain access to the Beta, and pre-orders can be refunded at any time no matter how long you have played the Beta for.”

I’ve played early builds of Icarus twice, mostly in the forest biome but also with an excursion into the freezing arctic zones. The alien planet is a gorgeous place to spend time and is filled with exciting (and terrifying) animal encounters and devastating weather events. The session-based aspect of Icarus feels novel, with missions to the planet putting pressure on players to get back to their ships before time expires, though I was a little disappointed to discover the crafting system is a rather traditional, XP-based affair. You can read my early impressions of Icarus here.