Hot News GhostWire: Tokyo: everything we know about the spooky action thriller 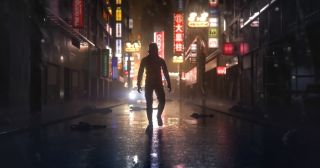 GhostWire: Tokyo is Tango Gameworks’ first new project since The Evil Within 2 and it definitely looks like it’s shaping up to be a bit different. GhostWire’s first reveal trailer made it look much more like an action thriller with a heavy lean into the supernatural. It was originally revealed in an announcement trailer at E3 2019 and got a gameplay trailer in the summer of 2020. We’ve not gotten a closer look at its magical karate combat and spooky Visitor spirits since then though.

As we saw in the announcement trailer, people have vanished all over Tokyo—apparently a full 99% of the population. With the humans gone, all kinds of creepy spirits roam the city with unknown intent. It falls to you (because of course it does) to find out what happened to everyone while purging the city of its new demon interlopers.

Here’s everything else we know about GhostWire: Tokyo and Tango Gameworks’ new action-y direction.

GhostWire: Tokyo will launch sometime in 2021 according to the gameplay reveal debuted during the PlayStation 5 showcase event in June 2020.

Based on Sony’s CES showcase in early 2021, GhostWire will come to PlayStation 5 in October, 2021, though that’s yet to be confirmed.

Last we heard, Tang Gameworks is planning to launch GhostWire sometime in 2021. It seemed liked that it might have shown up at the joint Bethesda and Xbox showcase at E3 in 2021 but that didn’t happen. If GhostWire is still coming this year, especially if it winds up being October, it seems like we should see something more before the summer is over.

The gameplay reveal for GhostWire: Tokyo definitely displays some of the action game elements that Tango sayd it’s going for, even if the setting is still just flashes of monsters and bright lights in Tokyo. You can spot all manner of spooks in the new trailer, from headless schoolgirls to things that look a lot like slendermen to spooky child demons in raincoats.

During its reveal in 2019, Ikumi Nakamura explained that GhostWire isn’t like the survival-horror games that Tango Gameworks is known for.

“Though there is an eerie element to the world, this is the studio’s first foray into the action-adventure sphere,” Bethesda said in 2020.

The new gameplay reveal trailer shows that we’ll be playing in first-person and our protagonist seems to be wielding a lot of magical abilities through hand gestures. Think Skyrim spellcasting, but a bit more complex.

“Assisting them in creating a more action-oriented game is Shinichiro Hara, who worked on the push-forward combat and Glory Kill system in DOOM (2016), and is now the Combat Director on GhostWire: Tokyo,” Bethesda say. “Hara and the combat team at Tango have created an intricate, combo-based system that utilizes movements inspired by traditional Kuji-kiri hand gestures.”

You can initiate takedown moves on monsters from afar in GhostWire. When enemies are vulnerable, their “core” is exposed, which you can pull out with your spiritual wires (right, of course) to kill them. Certain enemies are of course vulnerable to certain kinds of attacks.

A new tweet shows off the protagonist cleansing one of Tokyo’s shrines to banish the spiritual Visitors. It looks like this is the magical ability we saw shown off during the original reveal trailer in 2019.

“In order to achieve this, we chose intricate, deliberate hand gestures as the primary weapons, instead of simple guns. Unlike guns, our gestures allow us to put a lot more movement and personality into the player action as the player’s hands are organic extensions of the character.