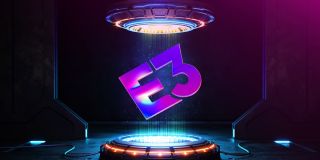 Every year I review the big E3 conferences, which is a fun opportunity to pick out all the embarrassing moments, blunders, and mistakes. But this year’s digital-only expo was disappointingly polished—a result of publishers being able to film their shows in advance in a controlled environment.

Honestly, I miss the cringe. That’s a big part of the E3 experience for me—and this year’s parade of pre-packaged streams was almost entirely devoid of it. But let’s review the event anyway, because it’s tradition. Well, except our own show, because that would be weird.

Taking full advantage of Sony skipping E3, Microsoft basically killed it this year. We got first looks at the likes of Starfield, Forza Horizon 5, Arkane’s next game, and The Outer Worlds 2—all of which will be available on day one on Xbox Game Pass. We also got some new Halo stuff, a lovely Psychonauts 2 trailer, and STALKER 2. As far as aggressively coordinated marketing assaults by giant corporations go, this was a belter.

In this stream we followed an excitable Randy Pitchford around the set of the Borderlands movie, where he was denied a high five by Kevin Hart. Absolutely nothing of worth was revealed, but I guess Randy got to show us all he’s on first name terms with some famous people. However, the worst crime here was the series of Homeworld 3 teasers that seemed to be leading up to something, then didn’t. Honestly, a waste of time.

I enjoyed this. It felt like classic E3. A host on stage, big reveals, shameless celebrity cameos, and even a few musical performances. All it was missing was the cringe. Kojima talked (mysteriously, of course) about his next game, Japanese Breakfast was wonderful, Elden Ring was, well, Elden Ring. It was just a good time. If I must sit through a feature length commercial (which is what E3 shows all are), I might as well be entertained.

This indie showcase took place over two days and featured over 70 mostly new games. That’s a huge number, and while I love what Guerrilla Collective does, some curation would have made it so much more enjoyable. There was a lot of great stuff here: Behind the Frame, Grime, Loot River, Onsen Master, and Sable all look great, to pick out just a random few. But the sheer volume of games on show meant they all started blurring into one.

I love the idea of this celebration of cosy, charming games. Ooblets, Lake, Yokai Inn, Letters: A Written Adventure, Paralives, and Soup Pot (to name just a few) all look fantastic. But like the Guerrilla Collective stream, the huge number of games shown was a bit overwhelming—and all the pastel-coloured cuteness started to blend into one big sickly sweet mush. I’m with Mollie: I wish they’d shown fewer games for longer.

Sadly, unremarkable. There was some DLC for Watch Dogs and Assassin’s Creed, a new season of For Honor, an overlong Rainbow Six Extraction presentation, and a fleeting glimpse of Far Cry 6. The big reveal was Avatar: Frontiers of Pandora, but it was impossible to get a sense of the game from the shiny trailer. Ubisoft usually delivers when it comes to conference cringe, but it didn’t even have that going for it this year.

This was hard work. A bunch of new games were announced under the publisher’s Prime Matter banner, including Scars Above, a Painkiller sequel, and a new Gungrave. But the stream’s uneven mix of short trailers and long, tedious Zoom interviews with developers in their bedrooms was absolutely gruelling. I don’t want to be too harsh, because these are challenging times, but a bit of editing wouldn’t have gone amiss here.

The big reveal here was a Guardians of the Galaxy game by Eidos Montreal, which looks like a lot of fun. The rest of the show was pretty forgettable, but I gotta give a special shout out to Stranger of Paradise: Final Fantasy Origin. This new thing from Team Ninja is one of the least visually appealing games I’ve ever seen in my life, and the trailer was truly awful. Team Ninja makes great action games, but man, this thing is hideous.

This wasn’t really a proper E3 show: just a brief rundown of games we already knew existed, including RE:Verse, that completely average looking Resident Evil multiplayer thing. There was also comically nothing teaser about Resident Evil Village DLC that is apparently in development. As a detective game fan, I was pretty jazzed to see The Great Ace Attorney Chronicles. I can’t wait to play that. But in general, this was a bit of a washout.

So that was E3 2021. I don’t know what the future of the show is going forward, but providing the pandemic is at least somewhat under control next year (or the year after), I’d love to see it return to the way it used to be. I miss the stage shows and the live audience reaction.

Not those annoying guys clearly planted by the publishers who go “Woooo!” at every reveal, but the genuine ripple of excitement that comes with a properly unexpected game reveal. But if the future of E3 is purely digital, I can’t say I’m looking forward to the next one. Streams just aren’t the same.