Hot News Where to find alien artifacts in Fortnite 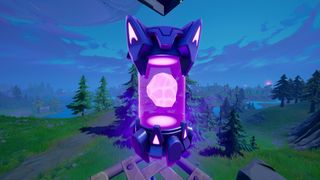 Fortnite Season 7 is here, and though the battle pass features a ton of cool skins (including Rick and Morty’s Rick Sanchez), only one of them allows you to customize it with over 2,000 possible combinations.

Kymera, the initially purple-skinned alien invader, is one of the early skins available in the Season 7 battle pass. He’s essentially your guinea pig to mix and match different kinds of facial features, skin tones, and armor colors.

You’ll need alien artifacts to unlock his different customization options, though, and that’s where the challenge comes in. The artifacts are simple purple canisters with a glowing rock inside. They’re really no bigger than any other item you’d find out in the wild, but you’ll definitely want to keep your eye out, as there’s no particular rhyme or reason to where they appear.

Once you collect enough alien artifacts, you can take them back to the Kymera customization menu and spend them (or just save them) to unlock new options. It’s likely that the more expensive customization options will require you to collect alien artifacts for multiple weeks, so don’t spend it all as soon as you get it.

Here’s where to find alien artifacts in Fortnite season 7.

We’re starting off with a modest five alien artifacts in week 1 of Fortnite season 7. Their placement has a nice semi-cardinal direction layout.

Alien artifact 1: Head to Catty Corner, and go to the two-story platform outside Meowscle’s old home. It’s on the lower level, so all you’ll need is one quick ramp to get up there.

Alien artifact 2: Dead center of the map in the “Aftermath” location, AKA the giant pit left by the alien invaders when they ripped the Spire out of the ground. You’ll see the artifact floating just above the water in the middle of the small lake.

Alien artifact 3: West of Weeping Woods at the Logjam location. The artifact is in a wooden building in the southwest corner.

Alien artifact 4: Northeast of Believer Beach. You’ll see a smaller version of the Spire and the artifact is just a little ways up the spiral staircase.

Alien artifact 5: North of Corny Complex, up at the old apple orchard across the street from the pizza restaurant. It’ll be just resting near the right side of the tree-filled orchard.

Alien artifact 2: The pueblo house northeast of Pleasant Park. It’ll be outside the house near some stairs.

Alien artifact 3: The left-most island in the large lake northwest of Misty Meadows. Inside the house near the spire.