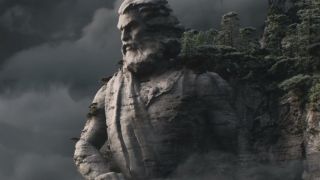 Avowed is Obsidian’s Skyrim killer (or sure looks like it, at least). If you’re at all familiar with Obsidian’s history, that makes perfect sense. Over the past decade, Obsidian has built a reputation for taking beloved RPG subgenres and giving them a unique twist. Pillars of Eternity was a love letter to cRPG classics like Baldur’s Gate, and The Outer Worlds (which is getting a sequel, by the way), channeled the dark satire and meaningful choices of Fallout: New Vegas. So it only makes sense that Obsidian would take on Skyrim next—and it’s good timing since Elder Scrolls 6 was a no show at E3 2021.

Sadly, Obsidian also had nothing to share about Avowed at E3, so we don’t have much detail about what the project will be. That said, we’ve painstakingly collected all the information out there into this comprehensive guide, including details about the story, world, and gameplay. This is what we know about Avowed so far.

Sadly, Avowed was not at E3 2021 and so there is little to know beyond what was said during its initial reveal in 2020. That said, on June 13 Obsidian said it is still hard at work on Avowed and will have something to share soon.

Avowed was first revealed during the Xbox Games Showcase this year with an ominous cinematic trailer. What we saw is brief, but it reveals a few key details—most importantly that Avowed is a first-person RPG in a similar vein to The Outer Worlds or, perhaps more accurately, Skyrim. Though no gameplay was shown, the trailer ends from that perspective, as the “player” brandishes a sword and traces out a spell in the air that charges their hand with some violet energy as an unseen enemy, presumably one that is very large and made of flames, approaches. It’s cool, and it very much evokes the scene in The Lord of the Rings when the Balrog chases down Frodo and the gang.

Not much else is revealed, but the narrator in the trailer does place specific emphasis on oaths, which seems like it’ll be a central theme in the story. Clever players on the Avowed subreddit have also deciphered the runes etched on the sword in the trailer, realizing that it’s a language that already exists in Pillars of Eternity, to discover the sword’s name is Oathbinder.

We don’t know! The reveal trailer didn’t hint at any window or even suggest a possible year. But given that Obsidian is also working on Grounded, their upcoming early access survival game, and has two DLCs for The Outer Worlds in the works (one of which was revealed just before Avowed), it’s possible that Avowed could be years away from release.

Right now, all we can really confirm is that Avowed will be a first-person RPG, but rumors have long persisted that the game will mirror elements of Skyrim and other Elder Scrolls RPGs. Last year, Obsidian posted several job listings that might give an indication of what Avowed will play like.

Though it’s not clear whether those job listings were for Avowed or Grounded, they mentioned “combat with an emphasis on an exceptional first-person melee experience” and “combat actions utilizing both first and third person animations” alongside references to day and night cycles and branching dialogue. That all sounds like exactly what you’d expect from an Obsidian first-person RPG.

Though much of Avowed is still a mystery, some self-proclaimed Microsoft insiders have come forward to share details about Avowed’s development. The biggest of these leakers is Sponger, a member of gaming forum Resertera who recently dumped a long list of rumored gameplay features Obsidian is looking to implement in Avowed. The authenticity of Sponger’s leaks was backed up by another notable Microsoft leaker named Klobrille, who also leaked some key details about Microsoft’s other big games very recently.

The following are just rumors at the moment, and haven’t been confirmed. Here’s what Sponger had to say:

Aside from being set somewhere in Eora, it’s not clear what connection Avowed might have to the characters and events of Pillars of Eternity or its sequel. It’s very possible that Avowed is set on a different continent or in a different period of time and that the games only share minor lore references.

Over on the Pillars of Eternity subreddit, however, players have noted some interesting connections. The castle shown in the opening shot flies banners that resemble the symbol for Woedica, the god of justice and law who also goes by the name—get this—Oathbinder. That’s the same name as the sword shown in the trailer, and those runes etched on it are Aedyran, the language of one of Eora’s biggest empires where Woedica was primarily worshipped. Woedica serves as a kind of indirect antagonist to the player in both Pillars of Eternity and its sequel, a god who is looking to restore her influence and power to assert dominion over all of creation.

Given that information, one of the bigger rumors is that Avowed is a prequel to Pillars of Eternity and set in the Aedyr Empire. And when you consider the banners shown in the trailer and the Oathbinder sword carved with Aedyran runes, it makes a lot of sense. By the time Pillars of Eternity starts, Woedica was exiled. Avowed could explore her fall from power, which might also explain the trailer’s ominous monologue about forsaken oaths.

It’s amazing what you can learn in an hour browsing a wiki.