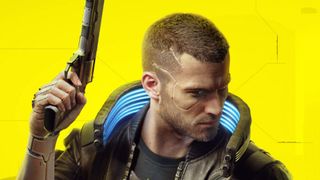 The PC release of Cyberpunk 2077 was rough, but not disastrous. On consoles, though, it’s a different story. Metacritic tells the tale: The PC version has an aggregate rating of 86, compared to 57 on the PlayStation 4 and 61 on the Xbox One. The situation was bad enough that Sony actually banished the game from the PlayStation Store a week after it launched, and offered full refunds to anyone who had purchased it there.

It’s been something of an albatross around CD Projekt’s neck ever since. The studio has been improving the state of the game with fixes and patches, and in April joint CEO Adam Kiciński committed to making it something “that we can be proud of,” but there was still no sign that Sony was prepared to relent and let Cyberpunk 2077 back on its storefront.

That has now changed. Earlier today, six months after its removal, IGN noticed that Cyberpunk 2077 was once again listed on the PlayStation Store—only for wishlisting, though, not for purchase—and now CD Projekt has confirmed that it will return in full next week.

“The Management Board of CD Projekt S.A. with a registered office in Warsaw hereby publicly discloses the decision by Sony Interactive Entertainment to reinstate the availability of the digital edition of Cyberpunk 2077 on PlayStation Store, effective on 21 June 2021,” the company said in a regulatory announcement.

It’s a very dry, all-business announcement, but it’s a big deal for CD Projekt. In its most recent quarterly report, the company made no bones about the importance of getting back to the PlayStation Store, saying that the financial results of the CD Projekt Red division “will significantly depend on the sales volume of games set in the Cyberpunk and The Witcher universes,” and in turn that sales of Cyberpunk 2077 will be affected primarily by two factors: The continued release of updates and free DLC, and “the return of Cyberpunk 2077 to the PlayStation Store.”

At the end of May, Kiciński reiterated his promise to turn Cyberpunk 2077 around, saying that “we intend to live up to what we promised.” Even though the game has now been out for half a year, he said that nearly half of the development team is still working on either the current releases or the upcoming next-gen editions.