Hot News Everything we know about Call of Duty: Cold War and Warzone Season 4 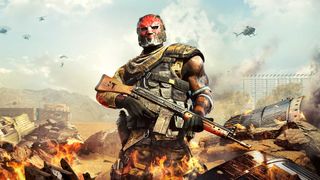 Looking for the latest on the Cold War and Warzone Season 4 update? The new season gets underway this week and adds new weapons, operators, maps, and modes to Cold War Multiplayer and Warzone. It seems that some mysterious red doors will also be operational in Verdansk, too. More on that below.

While the new season isn’t being ushered in with the bombast of an annihilated map like last time, there’s still plenty to get look forward to. So here’s everything we know about Cold War and Warzone Season 4.

Good news! You don’t have long to wait. Call of Duty: Cold War and Warzone Season 4 is set for release on June 17.

The gameplay trailer above was the first glimpse we had of Season 4, including the new Operator, Jackal, the Dirt Bike, and glimpses of various new maps and modes.

The cinematic trailer shows us the events leading to the satellites crashing down onto Verdansk. Not quite as explosive as the nuke event, but still pretty impressive.

There appears to be some changes planned for Verdansk ‘84—though perhaps not as drastic or explosive as seen at the end of Season 3.

“The sky is falling” is a big clue from the trailer, and it seems that several satellites could crash-land in Verdansk. It looks like you’ll be able to investigate the extensive crash sites and secure the satellites. Sat-Links that can be found in the area to help give you an advantage in the new Ground Fall event.

Like Hunt for Adler in Season 3, the limited-time Ground Fall event can be completed in both Cold War and Warzone. You’ll be taking on challenges connected to the new maps, modes, and weapons in return for Calling Cards, Emblems, and a Satellite Weapon Charm.

Additionally, the Standoff Gulag will be replaced by the Hijacked Gulag at the launch of Season 4.

The new Dirt Bike will be available in various locations across Verdansk from the launch of Season 4. This highly mobile scrambler will be the fastest vehicle in Warzone, so if you can grab one, you’ll be able to zip across the map in no time. Dirt Bike skins unlocked in Cold War can be used to customise your bike, too.

Verdansk is set to get two new modes in Season 4:

Your guess is as good as mine right now. The information surrounding Warzone’s red doors is pretty vague, though it seems they could be used as a way to teleport around Verdansk, though the cost and the risks involved are unclear. Here’s the blurb from the official site:

Red Doors won’t [[REDACTED]] unless you ping them, and after you step through, there’s no telling [[REDACTED]] exiting out the other side… and stepping into a [[REDACTED]].”

Another new season, another batch of new weapons—this time there are five new firearms to wield. The new Cold War and Warzone Season 4 weapons are:

Leave a reply "Hot News Everything we know about Call of Duty: Cold War and Warzone Season 4" Cancel reply

Related Post "Hot News Everything we know about Call of Duty: Cold War and Warzone Season 4"