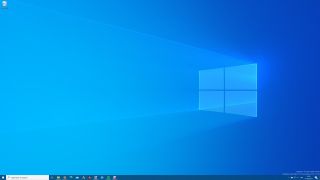 Nothing lasts forever. Not even Windows 10, which was originally billed as the being the last version of Windows ever, with bi-annual feature upgrades to keep it fresh and relevant. Now as Microsoft prepares to unveil the “next generation of Windows,” it has set an end date for Windows 10 Pro and Home support: October 14, 2025.

The “retirement date” is clearly outlined in an official Microsoft document (via Nordic Hardware) that was recently updated. It outlines when support will end for various builds, like the current version (21H1), which will be supported through December 13, 2022. The end of the road for Windows 10 in general, however, is a little over four years from now.

“Microsoft will continue to support at least one Windows 10 semi-annual channel until October 14, 2025,” the document states.

This seemingly confirms that Microsoft will be unveiling a new version of Windows. It might (and probably will) be called Windows 11, or perhaps just Windows or something else. But whatever Microsoft is cooking up, it appears to be more than an update to Windows 10.

“Soon we will share one of the most significant updates to Windows of the past decade to unlock greater economic opportunity for developers and creators,” Microsoft CEO Satya Nadella said during the company’s Build conference last month.

That said, it is entirely possible that Microsoft is getting ready to overhaul Windows 10 with the oft-rumored Sun Valley update, rather than release a brand new version. But even if that is the case, it’s telling that support for Windows 10 now has a retirement date. Previous to now, Microsoft only listed end-of-support dates for specific versions of Windows 10, and not the OS as a whole.

A pending Windows 11 announcement does seem likely, though. In addition to Nadella’s comments, Microsoft’s reveal event on June 24 starts at 11:00 am ET. Further evidence can be found on social media—the reveal date announcement on Twitter is accompanied by a refreshed logo with light spilling through to form the number “11,” and on YouTube, Microsoft posted an 11-minute video of slowed down Windows startup sounds from over the years.

There are many questions to be answered about what is next for Windows. Assuming Microsoft does release a new version, will it be a free upgrade from Windows 10? And will this follow a service model with frequent feature updates, or is Microsoft going back to issuing major new releases every few years?

We don’t have answers to those questions just yet, but we should soon with the reveal event now less than two weeks away.