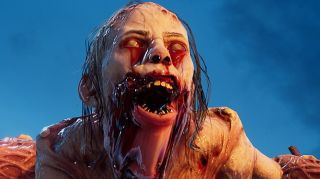 Back 4 Blood, in case the title isn’t enough of a giveaway, is a Left 4 Dead-alike co-op zombie shooter that’s now in development at Turtle Rock Studios. Over the weekend, Turtle Rock revealed how the game’s PvP mode will work: As the survivors, one team of players will attempt to hold out against zombies (known as “Ridden” in the game, for some reason) controlled by another team.

What it didn’t get into, though, is how the game will avoid splitting its player base between people who purchase post-launch content, and those who do not. The answer is pretty simple: Turtle Rock explained in a brief update that as long as the leader of a PvE party owns a paid content drop, including maps, modes, and campaign content, everyone else in the party will be able to play it too.

On the PvP side, all players will have access to the same cards at the start of a match, so there will be no imbalance—and furthermore, all PvP-related content will be earnable through gameplay, so extra purchases will not be required.

“Players who don’t buy the content drops can earn new playable characters and Ridden in PvP, for free, through progression,” Turtle Rock said. “Additionally, all PvP players have access to the same cards at the start of each match, regardless of whether those players have purchased content drops or not.”

For now, Turtle Rock is “fully focused” on completing and releasing Back 4 Blood, so it’ll be awhile yet before we hear anything more about post-launch plans. But the studio said it wanted to clarify the point now to ensure that followers “feel good” about the game.

Back 4 Blood’s shooting looks good, but the bigger question is whether it can replicate the ol’ Valve magic: Nat recently said that there’s something flat and indistinct about it compared to the games it hopes to emulate. and that “without the charm Valve’s sensibilities brought to those first two games, Back 4 Blood will never be Left 4 Dead 3.”

There’s still time to tune that up, though: Back 4 Blood is set to come out on October 12.