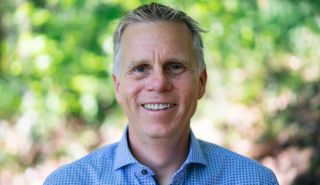 In December 2020, Casey Hudson announced his departure from BioWare. The move seemed to catch everyone by surprise, including parent company Electronic Arts, which announced the same day that a search for someone to fill the general manager role left vacant by Hudson was underway. “We will find the right leader who has a deep love and respect for this studio’s heritage, who embodies the values of this team and who will help carry on the incredible legacy of BioWare,” EA chief studio officer Laura Miele said at the time.

Today, BioWare announced that it has found the person it’s been looking for: Gary McKay, who joined the studio in January 2020 as head of development operations and has been serving as interim GM since December, has been given the job permanently.

“I started my career in the industry with EA back in 1998, and it was so exciting to see the studio and company grow in the early days,” McKay said in a statement. “I spent the next seven years with EA before moving on. But now you could say I’ve come full circle.”

“I’m so grateful for this opportunity. When you spend over 20 years in the industry, there are a small handful of studios on your bucket list in terms of teams you’d want to work with—and BioWare is at the top of my list. This studio is unique in that it has an incredible history of building critically successful games and universes that are truly beloved by so many fans. For me, success is all about rebuilding that reputation, and delivering on that promise of quality.”

McKay has previously served as development director on EA’s FIFA Soccer series, according to his Mobygames page, as well as other games including Triple Play 2001, Total Club Manager 2004, Def Jam: Fight for NY, and SSX on Tour, and was the studio director at Tron: Evolution developer Propaganda Games. Prior to his return to EA, McKay was studio general manager and vice president of product at Vancouver-based studio Navigator Games.

McKay said his role as GM involves “setting a vision for the business, and then enabling the creative developers to do their best work as we come together as a team.” He didn’t say anything about what sort of work they’re currently doing, however, except to note that development on Dragon Age 4 and a new Mass Effect game (which we already know about) continues, and that there’s “more to come from Star Wars: The Old Republic.”