Hot News All in! Games Has Something for Everyone 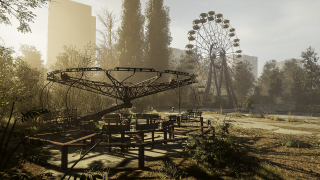 As a gamer, one of the most frustrating things is when I finish a great game that I really enjoyed only to be left with nothing new to play. I don’t really feel like replaying anything I already have and nothing else seems to grab my attention at the moment. Thankfully, independent publisher All in! Games has a solid library of games that spans nearly every genre so you’re sure to find something for you.

Talking about every game it has would take way too long but I highly encourage you to check them out here. Right now I just want to highlight three of its newly announced games that it previewed at the PC Gaming Show this year.

First on the list is a highly-anticipated survival horror game set in the incredibly creepy Exclusion Zone surrounding the Chernobyl nuclear reactor. The goal of Chernobylite is to survive its harsh environment and hostile inhabitants, to reveal its twisted secrets, and uncover the truth about the main character, Igor’s, fiancè, in a faithful, 3D scanned recreation of the real Exclusion Zone.

In-game companions are at the heart of Chernobylite. You can assign them to tasks, manage their morale with food rations, and manage their skills in order to make them like you so they’ll help you survive. They each have their own personalities, goals, and relationships and can teach your character different skills. Companions can also open up different missions and possibilities for you.

Choosing and managing your companions effectively adds an entirely new level of strategy to the game as they can have a profound impact on your game. More companions means more help, but also a heavier drain on your resources. Your companions also have a major effect on the endgame.

Chernobylite combines traditional RPG mechanics along with unique combat, non-linear storytelling, crafting, and base building to give the game a more unique feel.

While the game is based in the setting of Chernobyl, that’s really about the only connection to the real life place but it’s certainly an incredibly compelling setting for a horror game. If you’re looking for a challenging, disturbing, psychological sci-fi thriller with some unique in-game mechanics, Chernobylite is definitely worth checking out.

Developed by The Farm 51, it’s expected to launch on PC on July 28th with a console release coming later this summer. You can get in on the early-access on Steam here.

Next up is a game about as opposite as you can get from Chernobylite called Lumberhill. A perfect fit for party game enthusiasts, this fun, online and local multiplayer game is all about racing against the clock with your friends as lumberjacks to complete peculiar challenges while nature fights back.

In true multiplayer fashion you can go PvP or Co-op with up to 4 players in a race against the clock to chop wood, herd escaped animals, and more all while randomly being attacked by the world around you. Avoid things like sharks, pirates, meteorites, even T-Rex’s to make sure you get everything done in time to keep your work site intact.

Lumberhill was developed by 2BIGo with the support of ARP GAMES and you can get it now on Steam here and it will launch on Nintendo Switch in Q4 2021.

Last on the list is one for all the action gamers out there. Developed by Dreamplant, Arboria is a dark fantasy action rogue-lite game with dynamic souls-like combat and intriguing gameplay twists. As a Yotun warrior, your task is to descend into Durnar and uncover the mysteries of your tribe and your past.

The coolest part of the whole game is the weapons. Each one is symbiotic which means it’s basically a part of your body that mutates and grows to adapt to the enemy you’re currently fighting. The challenge is to choose your weapons carefully because each one will affect your combat style.

Set in an incredibly intense fantasy world of ghoulish creatures and hellish monsters, Arboria will provide an entertaining rogue-lite experience for even the most experienced gamers. You can get early access to the game on Steam here.

Leave a reply "Hot News All in! Games Has Something for Everyone" Cancel reply

Related Post "Hot News All in! Games Has Something for Everyone"