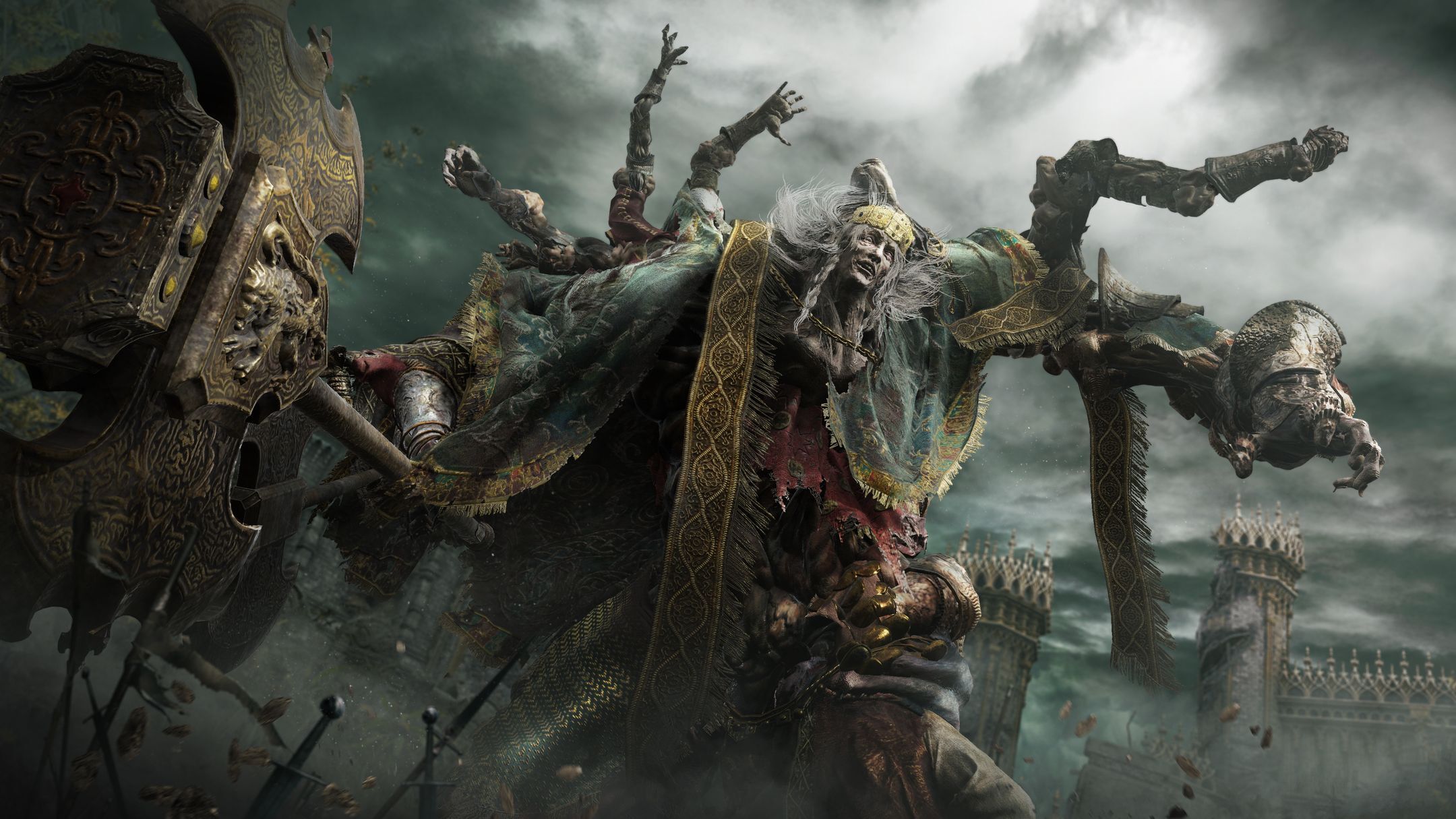 Following Elden Ring’s epic reveal trailer, the game’s director and FromSoftware CEO Hidetaka Miyazaki has given his first detailed interview about the game. You can read the full thing on IGN here, but we’ve picked out some of the most interesting things Miyazaki said below, and what they might mean for the game.

There’s apparently a ‘collectible’ aspect to the spirit summons, and Miyazaki hopes players discover ones that suit their playstyle or just look cool. Miyazaki says, “…we also have a number of [alternative] elements, such as being able to summon the spirits of deceased enemies and use them as allies in battles.”

We’re not sure what kind of rules apply to the system, like how often you can summon and who you can collect, but we’re down for some Disgraced Knight Pokémon.

The blue phantoms seen in the reveal trailer were in fact NPC summons, but online co-op is in there: “Of course, in Elden Ring, you will still be able to summon fellow players for co-operative play.”

No mention of PvP yet, but fingers crossed.

Typically with FromSoft’s games, though Sekiro was an exception, the player character is already a pretty blank slate, but the slate is going to get blanker, somehow. Miyazaki says, in comparison to previous Souls games, they’re “a little more of a blank slate for the player to project themselves onto.”

FromSoft’s character creators are also always hilarious, so we’re looking forward to this one.

There’s a designed, apparent route through them, but “there are a lot of different ways you can approach each area. And there’s a lot of freedom as to which order you tackle different areas as well.”

Each area houses its own more traditional dungeon, where we’ll likely do the more traditional Souls thing. It’s likely the Arm King (the guy made of arms and primary antagonist in the trailer) is one such demigod, a child of Queen Marika who rules in The Lands Between. It’s gonna be a blast meeting the rest of the crew.

Miyazaki explains how stealth worlds in Elden Ring, and it sounds pretty familiar. “You’re able to crouch, you’re able to sneak and be less easily detected in long grass for instance.”

And yeah, backstabs are your reward for being especially sneaking. There’s not much to add to that, other than that Sekiro’s simple stealth mechanics seem an obviously good fit for an open-world adventure.

“You probably won’t find Mimics in that exact same form. It’s a different world to Dark Souls, but we hope to give you surprises in some way, let’s put it that way.”

So you’re not going to get eaten by a chest. But if there isn’t some sort of seemingly harmless item that noms unsuspecting players, we’d be surprised.

In reference to Sekiro’s resurrection mechanic, Miyazaki says, “We have a couple of elements in Elden Ring, which come from a similar kind of breed.” He assures the interviewer it’s not resurrection, though, so we’re curious to know what methods for subverting death FromSoft thought up this time.

As is the case with every modern Souls game, we’ll have a home and hearth to return to. Elden Ring’s take on a main hub apparently sits near the center of the map, the place where each of the six main areas branches off from. We’re guessing it’s going to be somewhere around the Erdtree if that’s the case.