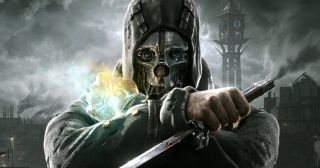 TV shows have had a slightly greater presence during this year’s seemingly endless summer of games, with Netflix notably hosting its own E3-adjacent showcase during its Geeked Week. The extremely short Witcher season 2 teaser got me briefly excited and Arcane, the League of Legends show, looks absolutely stunning, but otherwise the presentation didn’t elicit much of a reaction from me.

So what reveals would get me to leap out of my chair and applaud? Probably none, because I really enjoy sitting, but below you’ll find a few adaptations that I think Netflix should very seriously consider—or indeed any company in the business of making me passively watch a screen while I gorge myself on snacks.

I’m a sucker for a good time loop story, but we only really get to enjoy them in movies or single episodes, which doesn’t provide a lot of time to explore the premise. In the original script for Groundhog Day, for example, Bill Murray was stuck in the loop for 10,000 years. According to director Harold Ramis, that was cut down to a decade, but either way that’s a lot of living and hijinks that we miss.

That’s why we need a whole series, and I can’t think of a better candidate than Outer Wilds. It’s blessed with the spectacle of space and a fascinating mystery at the heart of it, which manages to be gripping right until the end. There’s whimsy, there’s tragedy, and there’s the inevitable terror when the solar system gets devoured. Every bizarre world deserves its own episode, mixing it up as it dances between enigmas, action and occasional horror. I might have to avert my eyes during the Dark Bramble episode, though.

Sure, there are already a few shows about trucks and the truckers who love them, but can we really have enough trucks getting stuck in and trying to escape mud? No, of course not. I know what you’re thinking: “Does this really need to be adapted from a game?” But of course it does, or I wouldn’t mention it in this list of much-needed game adaptations. To keep it in line with MudRunner, the truckers could be set challenges, adapted from existing missions, and then left to solve them creatively. Think Taskmaster, but with truckers and mud.

It could be even simpler. I would absolutely tune in for the promise of a muddy truck trying desperately to escape its filthy prison for 30 minutes. No story, no structure, just loads of mud and machines. Heaven.

I want to make it clear right off the bat: any Fall Guys TV adaptation would need to be live action. I want to see these beans in uncomfortable detail. And while the minigames should be present, any Fall Guys show would be missing a trick if it didn’t spend a lot of time exploring its deep and sometimes conflicting lore. Once and for all we need to settle the debate of what a Fall Guy actually looks like if we cut them in half. Remember when Channel 4 did that live autopsy? Yeah, that’s what I want.

A Metro 2033 movie is already in the works, after the first one fell through, but the world of Metro is so damn compelling that it really deserves something meatier. There’s just so much going on in the books and games that a 2-hour adaptation is never going to be able to properly capture. There’s a big risk of all that horror, action and world-building competing and conflicting, whereas a TV show could allow all of these elements to exist together and get some real time in the spotlight.

The books and games are already structured more like a TV show anyway and, because I found the games pretty intense, I experienced them much like I experience TV—or at least how I used to before Netflix made binging so easy. There are lots of good stopping points, and I very much took advantage of them to give myself a breather. Exploring those tunnels is tiring work, especially when you’re jumping at shadows every couple of minutes.

I really just want more Dishonored, in any shape I can get it in. No TV show is ever going to be able to capture the magic of Arkane’s brilliant immersive sim, since so much of it is down to how players use its big box of tricks, but the world of Dishonored is nearly as magical, and boy would I love to see more of it.

Dunwall alone would be a stellar setting for a show, and it already feels like a real, tangible place. You’ve got class conflict, conspiracies, magic, a mischievous god and oodles of both repellant ugliness and striking beauty. There’s no dearth of stories that could be told. And whatever story anyone wants to tell in this fascinating world, I’ll be there.

While farming is probably the first thing that springs to mind when you think of Stardew Valley, it’s really got it all. Romance! Wizards! Slimes! The evils of capitalism! And at the heart of it, someone escaping the rat race and discovering that life outside of the office is so much better. That, admittedly, is well-trodden territory, but the competition doesn’t have excursions into monster-infested mines.

Is it time for the movie adaptation of Doom to be rehabilitated? No—it’s still pretty crap. But 2005’s Doom only had the classic games to go on, which didn’t have much in the way of a narrative or an aesthetic that really translates to the big screen. A Doom TV show made in 2021 though? That has some potential.

Nobody is playing the modern Dooms for the story, but at least there is one, along with evidence that people had to actually think about the lore and a handful of characters, and not just guns and viscera. Not that the guns and viscera aren’t high points. They’ve also got a much stronger and wilder art direction, full of hellish vistas that would look right at home in a CGI-heavy TV show. There are two things worth keeping from the movie: The Rock and Karl Urban. I bet the latter is even pretty affordable.

There isn’t a Wadjet Eye adventure game that I wouldn’t be up for watching on TV, but as someone who still pines for the likes of Angel and The Dresden Files, as well as making regular sacrifices to ensure that, one day, we get a good Constantine show, Unavowed is right at the top of the list. I need my pulpy urban fantasy fix.