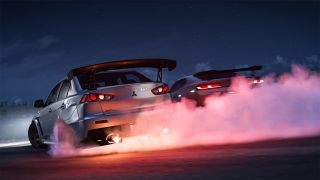 It wasn’t such a banner year for ray tracing games at E3 2021, at least not compared to the RTX-fest that was E3 2019, but that’s not to say there haven’t been some very exciting games using ray tracing to crank up the pretties.

Delivering accurate, dynamic lighting, reflections, shadows, and more, ray tracing is set to play a massive part in the stunning games of tomorrow. For today, it finds sporadic use across many of the latest games, generally making everything look a little more gorgeous and true-to-life.

If you’ve just managed to pick up a brand new Nvidia GeForce RTX or AMD Radeon RDNA 2 graphics card—well done on being a wizard, for starters—you can now crank all those settings up without killing your performance.

So if you’re looking to put your new graphics card to the test, or simply for a new game to take for a spin in full ray-traced glory, here’s what’s on the way from E3 2021.

Atomic Heart has become something of a poster child for RTX functionality, despite a lack of release date. It’s just so shiny and chrome. Make sure to check this game out if you really want to test your components out. It’s just a shame we don’t know how long we’ll be waiting for it.

Doom Eternal is receiving a major update on Xbox Series X/S later this month, but beyond that us PC players will also receive an update to enable ray tracing in-game. The above trailer from Nvidia shows just how good Doom Eternal looks with ray tracing enabled, check it out.

Working with AMD, Ubisoft had already confirmed Far Cry 6 would arrive with ray tracing prior to E3. However, it could be a great test of RDNA 2’s ray tracing chops within Radeon RX 6000-series graphics cards when it arrives.

Halo Infinite won’t launch with ray tracing support, but Microsoft has previously confirmed it will come later in a patch.