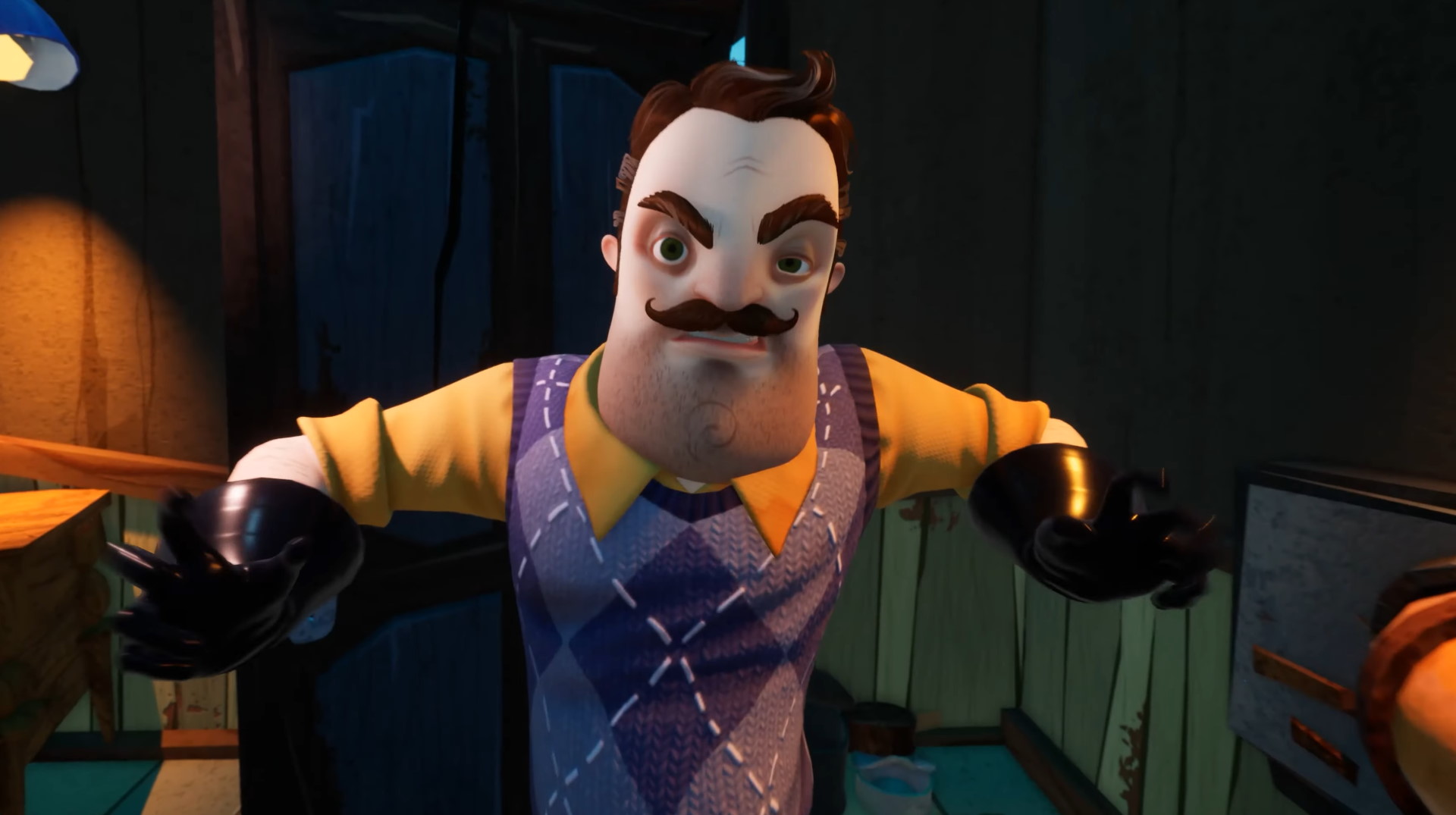 The cartoonish stealth-horror game Hello Neighbor did not impress when it debuted in 2017, but it was successful enough to earn a prequel, a multiplayer spinoff, an animated series, and—of course—a sequel. Hello Neighbor 2 was announced in July 2020, and today at the PC Gaming Show we got a look at a brand new trailer that sets up a new tale of neighbors with substantial boundary issues.

Hello Neighbor 2 expands the concept of the original game—a child hears screams emanating from the house next door, breaks in to investigate, and must then evade the angry neighbor and escape—to encompass the entire town of Raven Brooks, a small, quiet place which for some reason is suffering a spate of murders and mysterious disappearances. The whole place feels off, and so you, as a smart, concerned citizen, decide that the best thing to do is to start investigating—which is to say, following people around and busting into their houses to see what they’re up to.

One of our big complaints about Hello Neighbor was the inconsistent AI of the neighbor.  Hello Neighbor 2 will attempt to address that shortcoming  head-on by way of a “self-learning AI” that the Steam listing says will react to disruptions and actively seek out ways to mimic and ambush the player.

“Every character in Hello Neighbor 2 is powered by a neural network AI, learning from the players, doing everything in their power to protect their gated community and its secrets,” TinyBuild said.

That’s a big promise, and I’m eager to see whether the new game can live up to it. Hello Neighbor 2 is due out later this year—you can find out more and sign up to play the ongoing alpha at helloneighbor2.com.