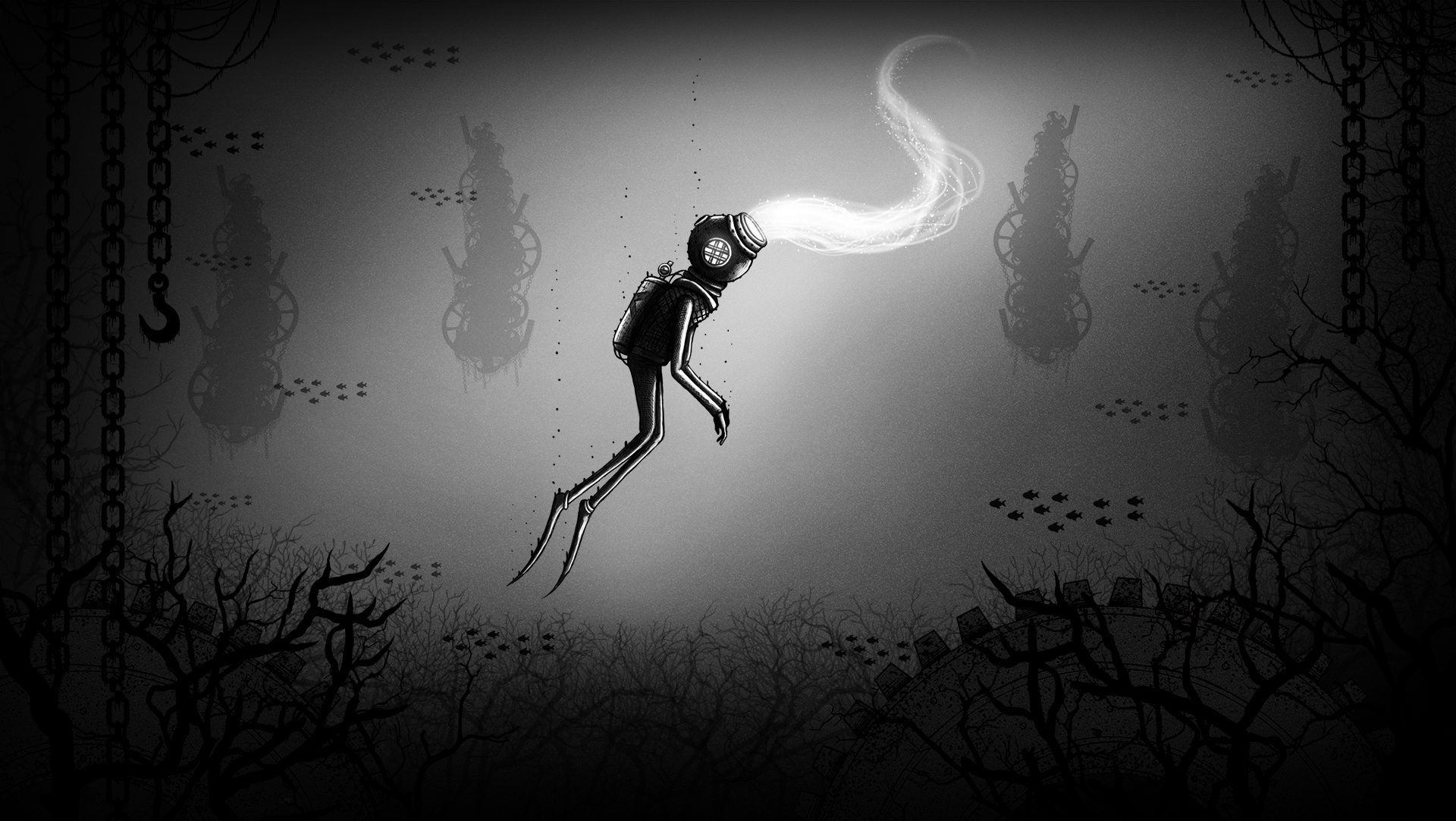 If you’ve got a fear of the ocean and its watery depths, Spiral Circus’ game, Silt, isn’t going to soothe your nerves. Quite the opposite, actually. It’s an adventure game showcased at this year’s PC Gaming Show that shows an underwater world filled with deep-sea goliaths who are ready to eat you alive.

You play as a nameless diver who has travelled into the depths to uncover a long-forgotten mystery that has lay dormant beneath the water’s surface— which isn’t ominous at all.

To help you on your quest, you have the spooky ability to possess small sea creatures that can help you solve environmental puzzles and easily traverse through dangerous areas.

From the look of the trailer, Silt’s world is pretty brutal and you’ll be dying multiple times, usually at the mercy of something with jaws much bigger than you. Its monochrome visuals and savage deaths are very Playdead’s Limbo, although Silt’s archaeological symbols are more akin to Giant Squid’s far more relaxing adventure, Abzu.

Silt is Spiral Circus’ first game. The stated aim of the Bristol-based developers is to “bring surreal art to life in games.” It looks like Silt will do just that, but we’ll have to wait until early 2022 to see.