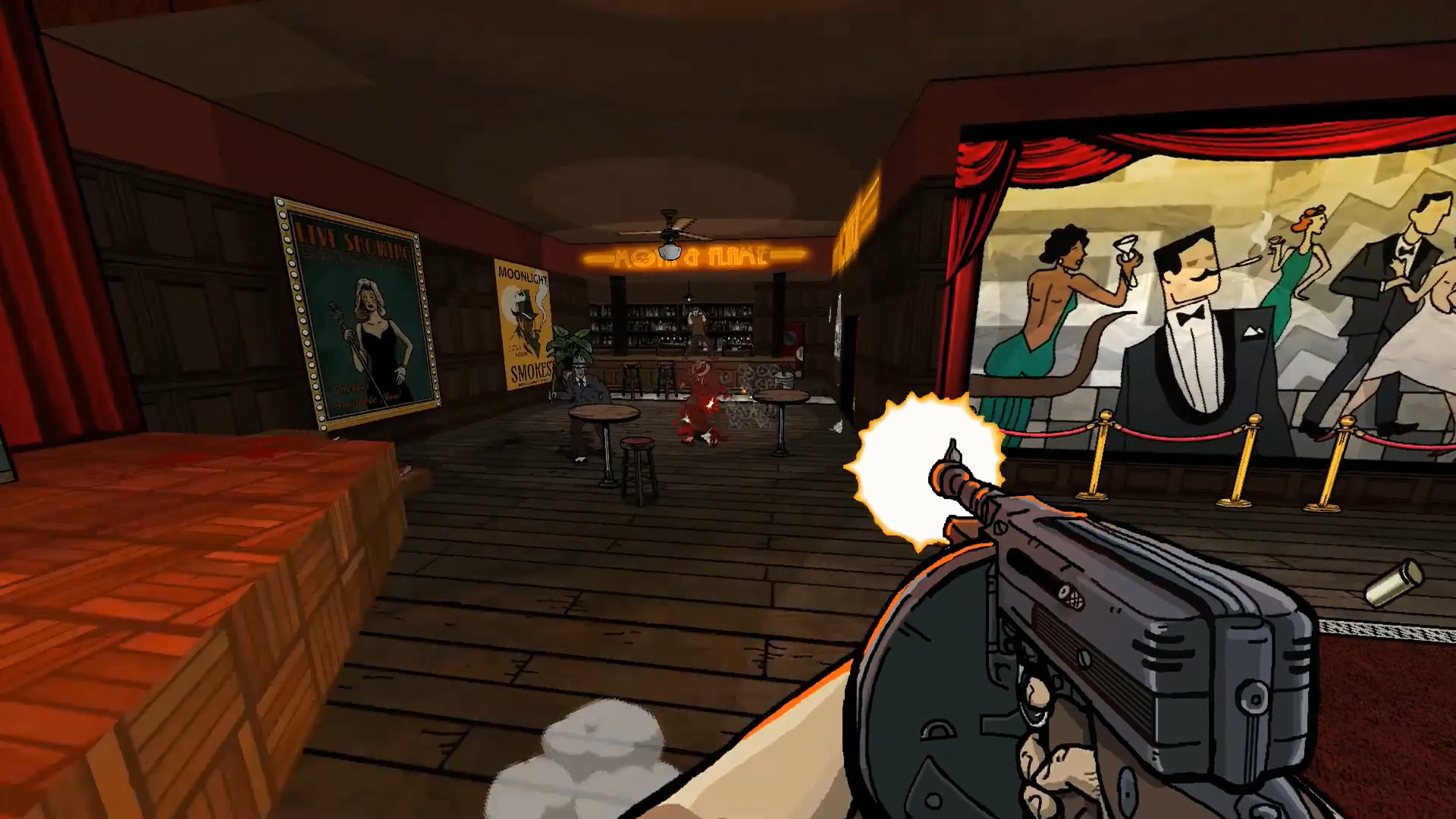 New Blood Interactive is back at the PC Gaming Show this year to remind of us all the cool games it’s making. The sizzle reel includes a brief look at Fallen Aces, Ultrakill, Dusk 82, Amid Evil’s The Black Labyrinth expansion, Unfortunate Spacemen, Faith: The Unholy Trinity, Gloomwood, and a look at Dusk mods.

But sprinkled in between each game in the video were brief, black-and-white interlude clips of other games that New Blood has yet to announce. There are five in total, take a look:

In order of appearance, I saw five things:

To get to the bottom of these weird new games I had a chat with New Blood CEO Dave Oshry. He explained that all five games are a real thing that the developer plans to make and a few of them are already far along in development. That clip that looks like a top-down twin-stick shooter? “We’ve been working on that for years,” Oshry said. He said it basically plays like Doom from the top-down, complete with handcrafted levels and a bunny hop.

The Fallout-style RPG is also real and a dream project for Oshry, but right now it’s more like a prototype. “[Fallout] is my favorite game of all time, it’s my favorite genre.” Oshry estimates it’ll be done in “like ten years” if it ever gets done.

The car combat game is slightly more real than the RPG, but Oshry says it’s just a gameplay prototype for now. That disturbing visual novel is apparently a Faith spinoff game that was originally an April Fools joke. “We call it Doki Doki Mortis Club internally,” he said. That’s not a final name, but that and the entire human arm protruding out of the character talking, says about all I need to know.

Lastly, there’s the shot of a first-person character catching an axe. Oshry confirmed that this is an official VR version of Amid Evil that’s been in development for a while already. He didn’t have much more to say about it now, but Amid Evil feels like the perfect fit for VR: lots of satisfying melee weapons and wide-open level design that’ll probably look cool to actually stand in.

The main goal of these stealth announcements, according to Oshry, was to show that New Blood has a lot more going on in its future. “We’re teasing five new games and they’re in five new genres. We don’t really want to be pigeonholed with retro FPSes.” Announcing five games that aren’t FPSes seems like a pretty good way to do that.